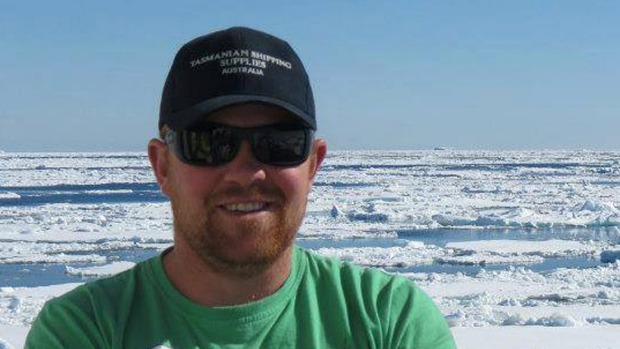 A union spokesperson has said the death of Nelson fisherman Leighton Muir, 27, aboard a Talley's fishing vessel in 2014 was "avoidable" and a consequence of Talley's dangerous work culture.

Fishing giant Talley's Group  has "blood on its hands" over the death of one of its workers, union E tū says.

Leighton Muir, 27, died during a Talley's tuna fishing expedition in 2014 when undue stress on one of the boat's safety lines caused it to snap back and decapitate him.

Talley's pleaded guilty to failing to ensure employee safety and was sentenced in Nelson District Court on Thursday.

The safety line broke three weeks prior to the accident but instead of replacing it, the ship's senior crewmen tied it back together, leading to Muir's death, the court heard.

Judge Bill Hastings ordered Talley's to pay $73,520 in fines and $21,000 to Muir's family, amounts E tū food industry representative Neville Donaldson called a "slap on the wrist" and "an insult to all workers".

"Compensation is never going to be fair replacement of the individual's loss but it has to be at such a level that there is no incentive for a company to not have good health and safety policies, to not have a policy of people first," Donaldson said.

"[Talley's] have a concerning number of incidents which aren't reflective of a company who are changing their focus on health and safety in the workplace."

This case was Talley's fifth prosecution for failing to ensure employee safety, including a fatal accident in 2012.

Donaldson also noted a workplace accident in 2014 where a meat hook became lodged in the head of a cleaner at meat company Affco, a Talley's subsidiary.

A higher financial penalty for Talley's would have sent a message to the fishing industry as a whole that "it's far better to ensure the safety of employees than to take it for granted," he said.

"If the penalties are not sufficiently severe then employers will see them as the cost of doing business.

"With the prosecutor identifying systemic failures, not just the failures of people on board, much of the blame obviously lies with Talley's Group Ltd itself."

scared the others off".

Talley's lawyer Jonathan Eaton and general manager Tony Hazlett said responsibility for the accident lay with the ship's captain and bosun, who had both since "absconded" from New Zealand and refused to co-operate with any investigation into Muir's death.

Eaton told the court the men's departure signalled their acknowledgement that "the absolute responsibility for what went wrong lies with them".

Hazlett said on Friday that the judge found despite Talley's limited ability to intervene in a situation occurring 4000 kilometres away it was "vicariously responsible for the acts of its employees". Its guilty plea recognised that fact.

He criticised Donaldson for making "ill-informed and inflammatory remarks" about the court hearing.

Donaldson said Talley's did not seem to recognise that Muir's death was an avoidable consequence of a work culture which put its employees at serious risk.

"The company can blame the skipper and bosun all they want. The fact is the crew will undertake their role strictly in line with what they believe would be expected by their employer.

"Any reasonable employer should have set up a [workplace] culture where when the rope breaks the first time, you fix it."

He said E tū was "furious" that such safety breaches could be made by a business which "John Key thinks are worthy of the nation's highest accolades".

"Sir Peter Talley's knighthood was for services to business but this is a business that has killed."