Unite Union represents thousands of workers. Every day we are helping our members in fast food, hotels, calls centers, sky city casino and elsewhere with problems in their workplace. We do our best to represent our workers to make sure that people get the respect they deserve at work and make lives easier. 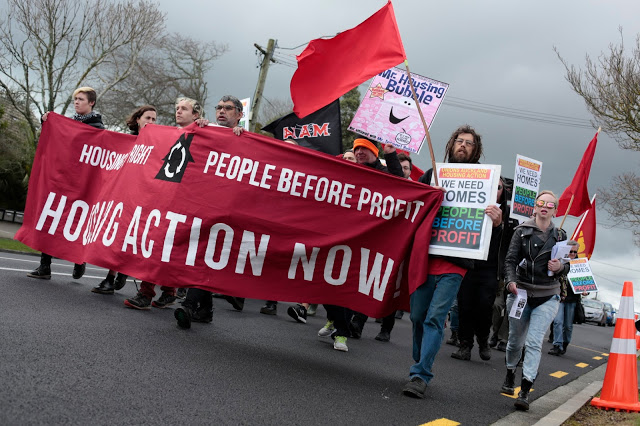 But Unite also believes in sticking up for our workers outside of work too. Every day we are hearing more and more stories about Unite members having problems with housing. Whether its poor quality rentals, crazy expensive mortgage/rent costs, we know our members are struggling to survive in the Auckland housing market.

We think something needs to be done.


Last weekend (6th August), Unite and our allies in the Union movement decided to call a protest for affordable housing at the site of the hit TV3 show 'the Block'. It's crazy that so little is being done to make affordable homes for working people, yet night after night on prime time TV there is a show about property speculation.

Our members and supporters were part of the protest of about 50 people. The protest was well received by Block viewers, who largely agreed that housing is affordable, and something needs to be done to make housing a right for everyone.

Mike Treen, Unite Union national director on what can be done