The government may not be concerned about workers not getting a fair share, but workers themselves certainly are, the Council of Trade Unions said today.

Finance Minister Bill English was today reported as being unconcerned about a Westpac McDermott Miller employment confidence survey  that showed the proportion of respondents expecting a wage increase over the coming year is at its lowest level since the survey began in 2004.

“If the state of wages in New Zealand was acceptable, we wouldn’t have seen the need for the Living Wage movement, which is mobilising communities in support of pay rates that allow people to fully participate in society,” CTU secretary Sam Huggard said.

“If pay and job security was okay, we wouldn’t have seen a significant campaign earlier this year in fast food to get rid of zero hours contracts and to provide more reliable work in the major chains.”

“And if women weren’t being discriminated against on the basis of gender, we wouldn’t be seeing growing momentum around the push for equal pay, including an historic court case about the underpayment of workers in aged care.”

“The government can ill afford to be complacent about pay in New Zealand.  Is this as good as it gets?  Workers have seen little from the so-called recovery translating into wage rises, and now the economy is losing steam.”

“There is plenty more the government could be doing, both as an employer of public sector workers who are due a catch up, and also in helping to lift wages in the private sector, by lifting the minimum wage, fixing migration so that it’s not used to hold wages down, and stopping putting more and more barriers in the way of collective bargaining,” Sam Huggard said. 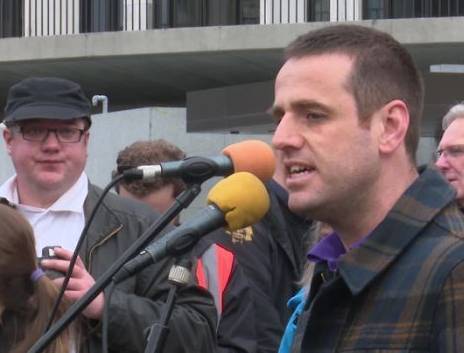