Unite Union has been approached by several former and current workers at an inner city Auckland hotel alleging wage theft by their employer.

Their employer has a long-standing relationship with a company called “In-Work.” The workers report there is a steady supply of workers being provided to the hotel from this company. 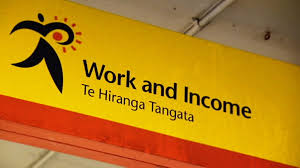 Initial investigations by Unite Union have discovered that “In-work New Zealand” is fully funded by the Ministry of Social Development and places beneficiaries into work.

In-Work state on their website that they provide the following assistance to workers:

The union has compelling evidence that the employer has been paying workers below the minimum wage so it would appear In-Work has seriously failed in its responsibility to ensure the workers they placed understood their employment agreements. The employees only realised the seriousness of this problem when a worker from another company introduced them to Unite Union and the union educated the workers on their employment agreements.

In summary, long-term beneficiaries are being placed into work on zero hour contracts, on minimum wage and are having their wages stolen by their employer. In-work New Zealand earns thousands from placing beneficiaries into work where they are exploited over months and years and don’t even get paid what they’re rightfully owed.

Unite Union has written to In-work New Zealand outlining the unlawful practice discovered in the hotel and the union has requested that In-Work immediately ceases placing any more workers into the hotel until they can guarantee workers will be paid lawfully for their work.

Unite Union is also in the process of working through several grievances to claim back the money workers are owed.