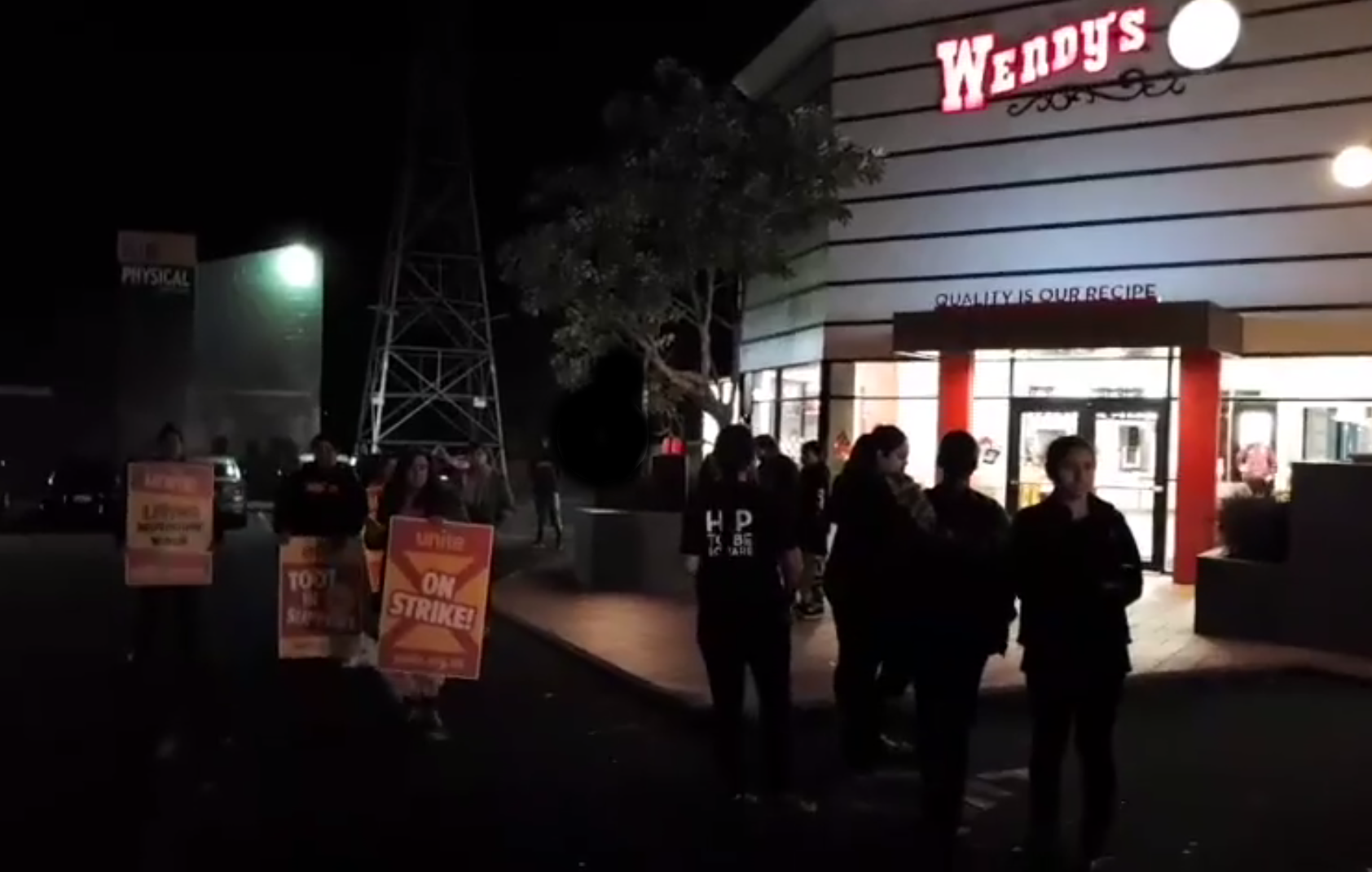 Wendy’s workers then gathered outside the Te Atatu Wendy’s store at 7.30pm to explain why they are striking to media, supporters and Wendy's customers. The Te Atatu store is situated beneath Wendy's head office in West Auckland.

Led by their two delegates four workers walked off the job and joined a large crowd of supporters outside that included workers from McDonald's who had come to show their support by helping with the pickets.

Pickets went up on the drive through and the entrance to the car park with workers explaining to Wendy's customers why they are striking over collective agreement negotiations and how the family who own the Wendy's franchise holds millions of dollars in unpaid annual leave and lieu day's.

The support from the public was overwhelmingly positive with the vast majority of customers supporting the workers by deciding to eat elsewhere. 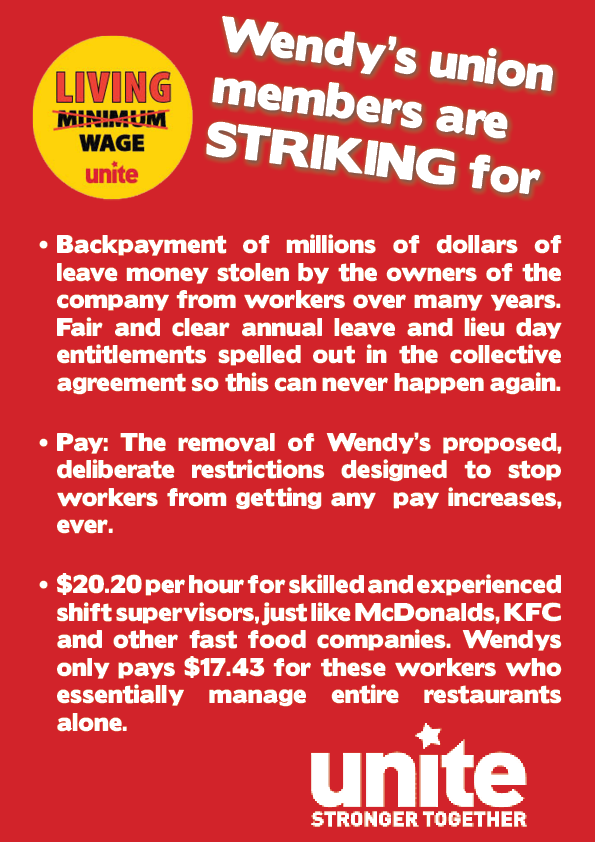 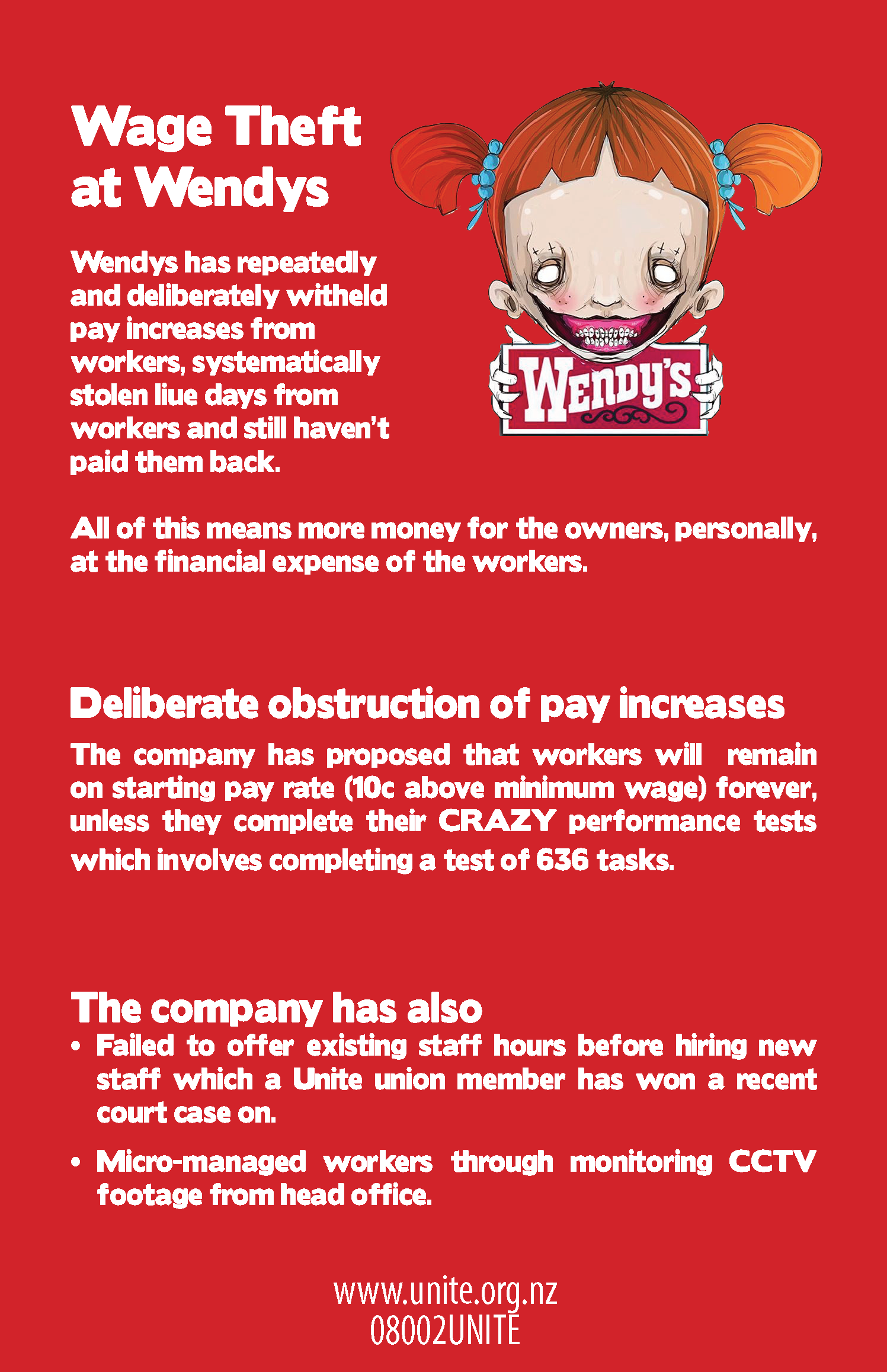 This company has failed to apply the law on alternative holidays and annual leave. Even when found guilty by a court, the company has told staff they won’t be repaid what was stolen from them until next year!

Wendy’s has also tried to cheat on existing provisions in the collective agreement that protect workers rights wherever possible.

Workers want all legal entitlements and regular pay increases written into the contract so Wendy’s has to pay at least what is being paid elsewhere in the industry.