Why Corbyn will win

Why Corbyn will win

The attempted coup against Jeremy Corbyn will fail despite the vote of no confidence by 172 Labour members of parliament against 40 in his support.

The reason why they will fail in removing Corbyn as leader was highlighted by the recently released report into the Iraq war by Sir John Chilcot. This disastrous and unpopular war was forced onto the British people by Tony Blair as the then Labour prime Minister. The vast majority of those who voted for war are among the 172. Corbyn and his supporters did not support the war and their opposition has been justified by history. 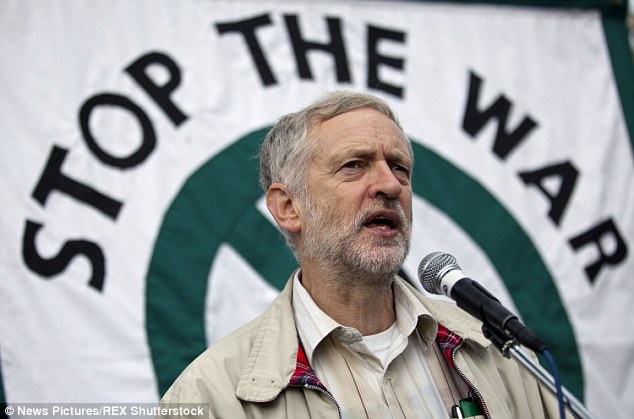 Jeremy Corby was the national chairperson of the Stop the War Coalition in the UK when he was elected leader nine months ago by 60% of all Labour Party members and registered supporters.

When Corbyn was nominated as a candidate for leader, hundreds of thousands of ordinary working people took the opportunity offered by the new rules to join the party or register and vote for the only candidate who wasn’t a Blairite clone.

The working class simply said we have had enough, we want our party back, it has been hijacked by middle-class poseurs who have no right to claim to represent working people.

Corbyn and his supporters were as astonished as the rest of the country at that outcome.

But they have been fighting for decades to uphold socialist principles and to protect the party from the cancerous growth that had taken over its parliamentary wing and imposed policies of austerity and war when in government. It is inconceivable that he would throw in the towel because the parliamentary wing has “no confidence”.

As he has argued, the party elected me, and only as a result of losing an election would he stop exercising his rights as the leader.

This new challenge to Corbyn’s leadership followed the vote for an exit from the European Union, despite the fact that Corbyn had in fact argued to stay and 75% of party members supported that position. Given that it is actually the right wing of the party which is most pro-European and Hillary Benn headed the stay campaign for Labour, it seems odd to try and blame Corbyn.

It doesn’t matter what excuse was used for the coup because an attempt to overthrow Corbyn was inevitable. It was talked about before he was even elected.

Many of the 172 fear that they may be deselected by local constituencies as the “Corbanistas” gain influence through the party. Mandatory reselection before each election was dropped by Blair when he was leader. But if a local group want a new MP they can demand one.

They will never be in a stronger position to try and remove him as leader. Maybe they hoped that the no-confidence move would trigger a broader drop in support for Corbyn from party members or the public. The opposite appears to be happening. Hundreds of thousand more people are joining or registering to vote – overwhelmingly in support of Corbyn. Mass meetings have been held up and down the country. Most importantly the major unions have remained united in their support as well.

I am picking the right wing will realise they can never again win a leadership election in the party as it is presently constituted. That will probably mean the 170 MP’s move to form their own parliamentary group claiming to represent the “New Labour Party” or whatever they may call it. They will then split all the local branches and try and take as much of the party with them as they can.

If that happens Corbyn and his supporters need to stay strong and simply move to select candidates in all the electorates inhabited by the scabs and traitors. A Corbyn-led left-wing party has a chance to radically shake up British politics for a generation to come.

The Conservative Party was elected with only one in four of the population voting for them. The Blairite Labour leaders lost millions of votes each election as the traditional supporters of the party were driven out of politics and gave up hope.

A genuine Labour Party that was able to inspire these millions to give voice to their concerns would be a wonder to behold.