I disagree with many people on the left who blame crime on poverty.

I believe it is a product of the breakdown in human solidarity. Sometimes that is associated with periods of social crisis, unemployment and poverty – but not always. And it is not a simple matter of cause and effect. 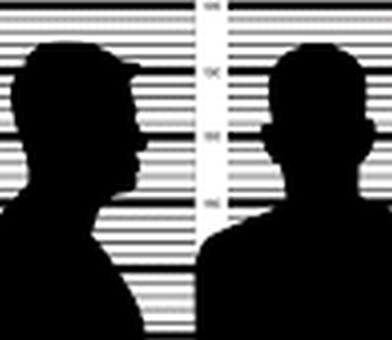 One of the problems of associating crime and poverty is that by definition criminality is associated with being poor. Working people are deemed more likely to exhibit criminal tendencies.

If we can identify “criminal” markers in our makeup then we can start “targeting” likely criminals before they are even born. This seems to be part of the thinking behind the government’s approach to social spending.

The problem here is that much criminal behaviour in society is not even categorised as such. Wage theft by employers, for example, is not usually dealt with as a crime. “Theft as a servant”, a term used for workers taking something that belongs to the boss, however, is a crime.

For most of humanity’s existence, we lived in relatively poor hunter-gatherer families or clans. Life was egalitarian. Values associated with sharing and cooperation dominated. Conflicts were mediated. There were no police or prisons.

Class societies by their essence we based on violence and dispossession. Serfs and slaves were treated as barely human. The class of owners could inflict whatever cruelty they considered appropriate on someone below them in the pecking order.

Dehumanising “the other” is necessary to be able to justify the injustices that could be perpetrated. Slavery, with its millions of victims, could not exist if African people were considered equal in any way. The Nazi regime made an art of dehumanising Jews, Slavs, Gypsies, Gays before sending them to the camps.

This has reached its pinnacle in the modern imperialist era when whole people’s could be incinerated in concentration camp ovens or firestorms created by conventional (Dresden, Hamburg, Tokyo) or atomic (Hiroshima, Nagasaki) bombing. Millions more were slaughtered in Vietnam, Korea, Congo, Angola, Iraq, Syria, Yemen to name a few of the countries who have had war imposed on them by the wealthy Western countries keen to maintain the extraction of their labour and natural resources.

During periods when human solidarity was valued and promoted crime and associated social disorders declined rapidly. It is no accident that this is true of popular struggles and revolutions in the modern era as well. I saw this for myself in one of the barrios of Caracas in Venezuela where the people rose up and drove the police and the criminal gangs (who worked together) out of their neighbourhoods created a people’s militia to keep order. We walked the streets at night in relative safety – certainly compared to many other suburbs yet to be liberated.

I believe there was an increase in some forms of criminal behaviour affecting working class communities in this country in the 1980s. People began to prey on each other. Robbery, burglary and violence escalated. Again I will leave aside the fact during that same period the life savings of tens of thousands of people was looted by out of control financial speculators who were almost never prosecuted and never went to jail. In fact, the government would often rescue them through a bailout of one kind or another.

I am convinced the petty criminality that grew in working-class communities was associated with the defeats working people suffered as a consequence of the devastating recession in the late 1980s and early 1990s with its associated mass unemployment. Unions were smashed. Wages and working conditions were driven backwards.

An evil ideological campaign celebrating competition and selfishness was unleashed. “Greed is Good” became the neo-liberal mantra. Social solidarity broke down. Looking at one’s workmate or neighbour as a competitor rather than a colleague or comrade became more common. Lashing out in anger, depression and drug abuse rather than organising together to overcome the obstacles we face became normalised to a degree.

Poverty, of course, also grew as an associated but not directly causal factor.

This explanation for the roots of petty criminal behaviour within working class communities also explains why the methods of punishment being imposed today are counterproductive. Ending criminal behaviour occurs when people come to discover their own humanity and self-worth and no longer see other people as less worthy in some way. This begins with dealing with addiction and other health issues. It requires the chance to overcome illiteracy and gain further education. Training in trades and other employment skills provided. It means maintaining links with family. It means having housing and jobs available when you leave a prison. The vengeful punishment promoted by the likes of the Sensible Sentencing Trust who prey on crime victims vulnerability like some sort of parasite will only achieve the opposite of what the claim to want.

I do not believe it is human nature to be greedy and selfish. Science backs that assertion up. There are many studies have found that we are naturally altruistic in our basic responses. Cooperation made us human. We can regain that humanity in a society based on equality and cooperation. We can then banish all selfishness, bigotry, racism, misogynism, violence and greed to become part of the dark past in humanity’s quest for true liberation.