The following column was co-written by leaders in the climate justice and union movement in the US.  The writer address many important issues facing working people across the globe. The authors are: Aaron Mair, Sierra Club president; Estela Vazquez, 1199 Service Employees International Union executive vice president; and Lenore Friedlaender, assistant to the president of 32BJ SEIU.

This Labor Day, we are joining together to celebrate the contributions of workers of all races, ethnicities, and nationalities to the struggle to hold our country true to the promise of a political and economic democracy, "with liberty and justice for all." 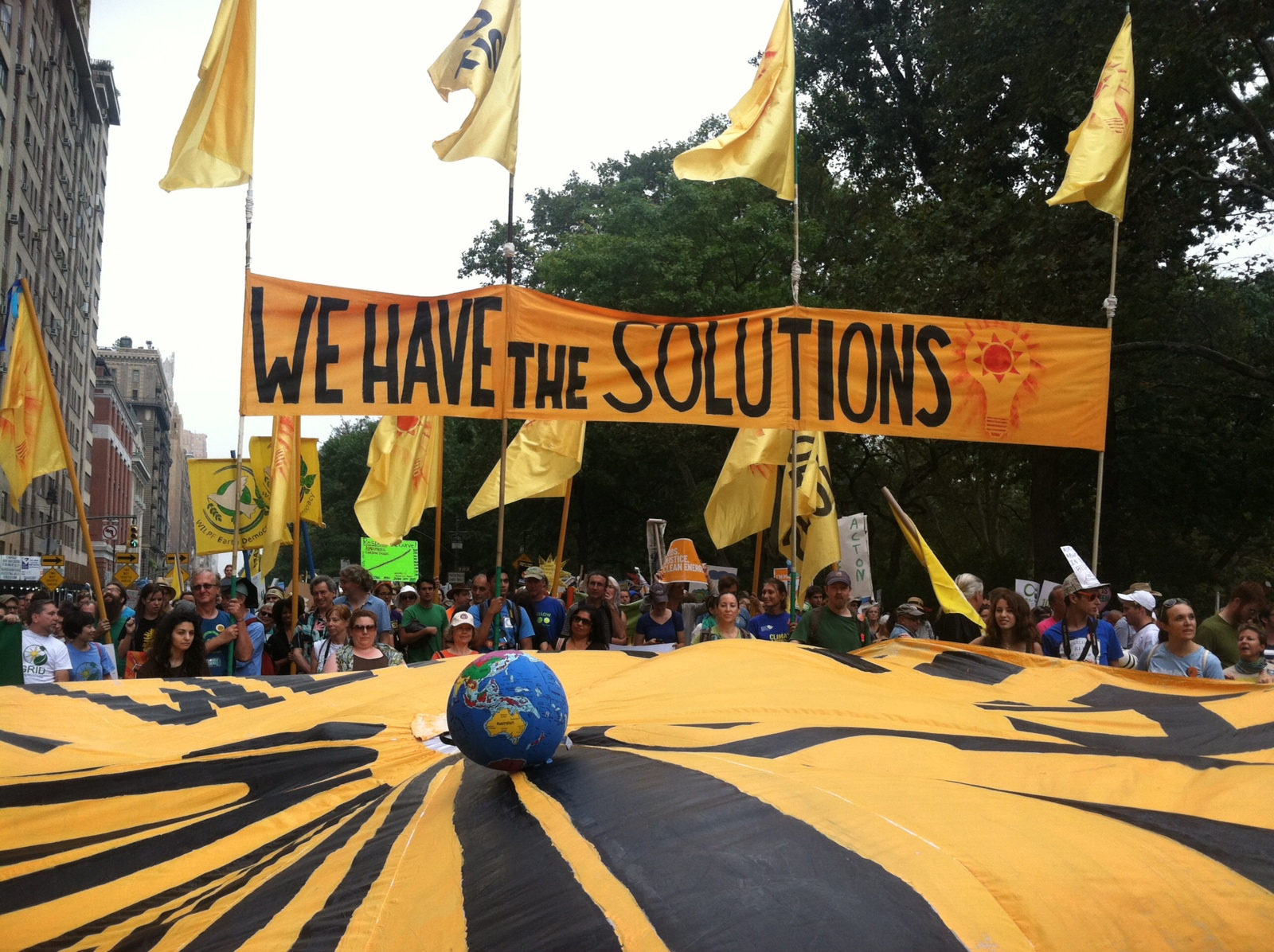 Together, we are celebrating the burgeoning movements, many led by youth, people of color, and women but benefitting all of us. We embrace those who work to build bridges between our movements and reject the legacy of an outdated agenda that fosters institutionalized police violence, and social, economic and political inequalities that have systematically disempowered Native Americans and Communities of Color. Whether the demand is for economic justice represented by the "Fight for $15", justice for immigrants led by the Dreamers, racial justice as manifested byBlack Lives Matter, or climate and environmental justice as reflected in the People's Climate Movement, the common thread is youth-led uprising of millions of working class and progressive people, are calling for a more equitable and just democracy.

Our common message is that this "movement of movements" for equity and justice represents hope, perhaps the only real hope, for a better future for all of us. We recognize that a people with a living wage, in good union jobs, living in a safe clean environment must be freely able to vote and elect politicians and regulators that shape public policy for a clean powered America. That's not just common sense - it echoes the promises our nation was built upon.

Our environmental, civil rights, and labor organizations together represent a rainbow of millions of Americans who are committed to achieving the same hopes and dreams expressed -- sometimes loudly, sometimes brusquely, sometimes imperfectly -- by these young people. Over the last year, we joined with 400,000 others in the People's Climate March, demanding our leaders act now to halt catastrophic climate disruption. We stood with fast food and big box workers in cities across the country demanding a family-sustaining wage and respect through "Fight for $15." We joined the Fast for Families in demanding a path to citizenship for millions of undocumented workers forced to live in the shadows by our nation's cruel and unjust immigration laws. We're walking with the Journey for Justice from Selma to Washington, fighting back against the assaults on our hard won voting rights.  We celebrated the beautiful, inspiring and radically transformative vision of Pope Francis' encyclical on protecting the earth and all creation. We watched in admiration as our youth rose up to resist the institutional racism reflected in police violence from Ferguson to New York City to Cleveland to Baltimore. We commemorated and renewed our resistance to the unjust storm of Katrina-compounded injustice in New Orleans and the Gulf Coast.

Now we are preparing to march for justice in Detroit on October 3, and to act together as the People’s Climate Movement in cities across the country on a National Day of Action on October 14. That day, people will send a message to the fossil fuel industry-funded climate deniers in the halls of power that we aren't falling for their deception, and that we demand immediate, bold fair and just action to tackle the climate crisis. Finally, we will top of this year of joint action for justice in December by standing together with people from across the globe in Paris, as we insist that the world's leaders deliver a fair, ambitious and enforceable climate agreement.

It's easy to hear divisive, fear-driven rhetoric in the news these days, but that phenomenon cowers in stark contrast to the unity and power of our people-driven movement of movements. In the unforgettable words of Indian novelist and activist Arundhati Roy:

"Remember this: We be many and they be few. They need us more than we need them. Another world is not only possible, she is on her way. On a quiet day, I can hear her breathing."