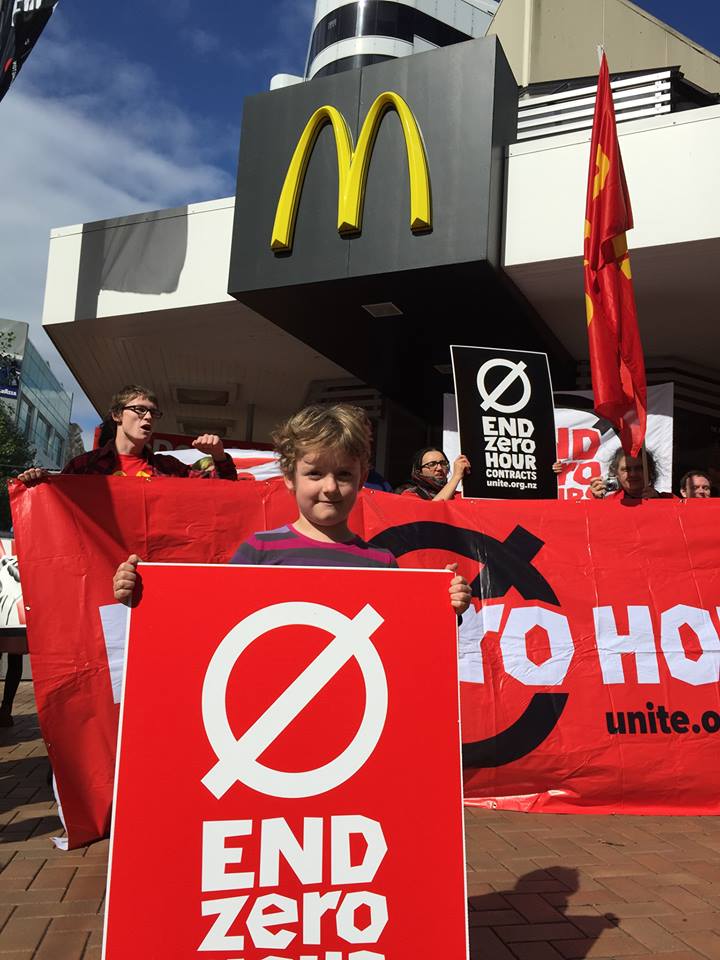 McDonald's has walked out of bargaining with Unite Union today despite taking the first steps towards a meaningful offer around ending zero hour contracts.
Unite National Director Mike Treen says the union was bewildered by the company action.
We had welcomed their offer and wanted more information around how that might work with secure shifts for staff in the future. Other fast food companies like Restaurant Brands and Burger King have acknowledged that a secure hours regime will necessarily involve some form of secure shifts as well.
We also wanted to continue bargaining around a few other claims that were important to the union including a special payment for members to allow the terms of the collective agreement to be passed on to non members of the union. We also wanted the right of staff to join the union when they join the company and the right of the union to to put up union information in stores without a company veto. These are basic rights we have at other fast food companies.
Instead of negotiating meaningfully on these issues which we prepared to do they walked out.
Unite will conducting strike action by its members at McDonald's on May 1. We ask all fair minded Kiwis to show their support for these workers on that day which is also May Day or International Workers Day.