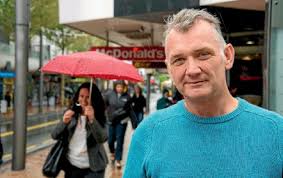 This online article was published without any attempt (that we are aware of) to contact Unite Union to verify the claims made. The headline, in particular, is simply wrong. There was no "union money" behind the scheme.

http://www.newshub.co.nz/home/politics/2017/06/revealed-grand-plans-behind-labour-s-intern-scheme.html
The only union organisation spoken to, the CTU, told the reporter that they had not agreed to fund or manage the scheme  and had never seen the document. Despite knowing that the document was obviously not an agreement or statement of facts,  the headline asserts that there was "Union money behind Labour's botched intern scheme".
The article says: "The documents show First and Unite unions agreed to contribute $100,000".
No attempt was made to verify this despite the reporter knowing that other statements in the document were not factual, especially regarding CTU and union involvement.
The document actually states that contributions from Unite and First were "under discussion" but no mention of that is made in the article.
To publish the headline and assertion that Unite Union had agreed to fund the scheme when the reporter had clear evidence that this was unlikely to be true and required a basic level of fact checking before publication is bad journalism.
Other news organisations did contact us before publishing - they simply made a phone call to check.
Do you like this post?
Tweet