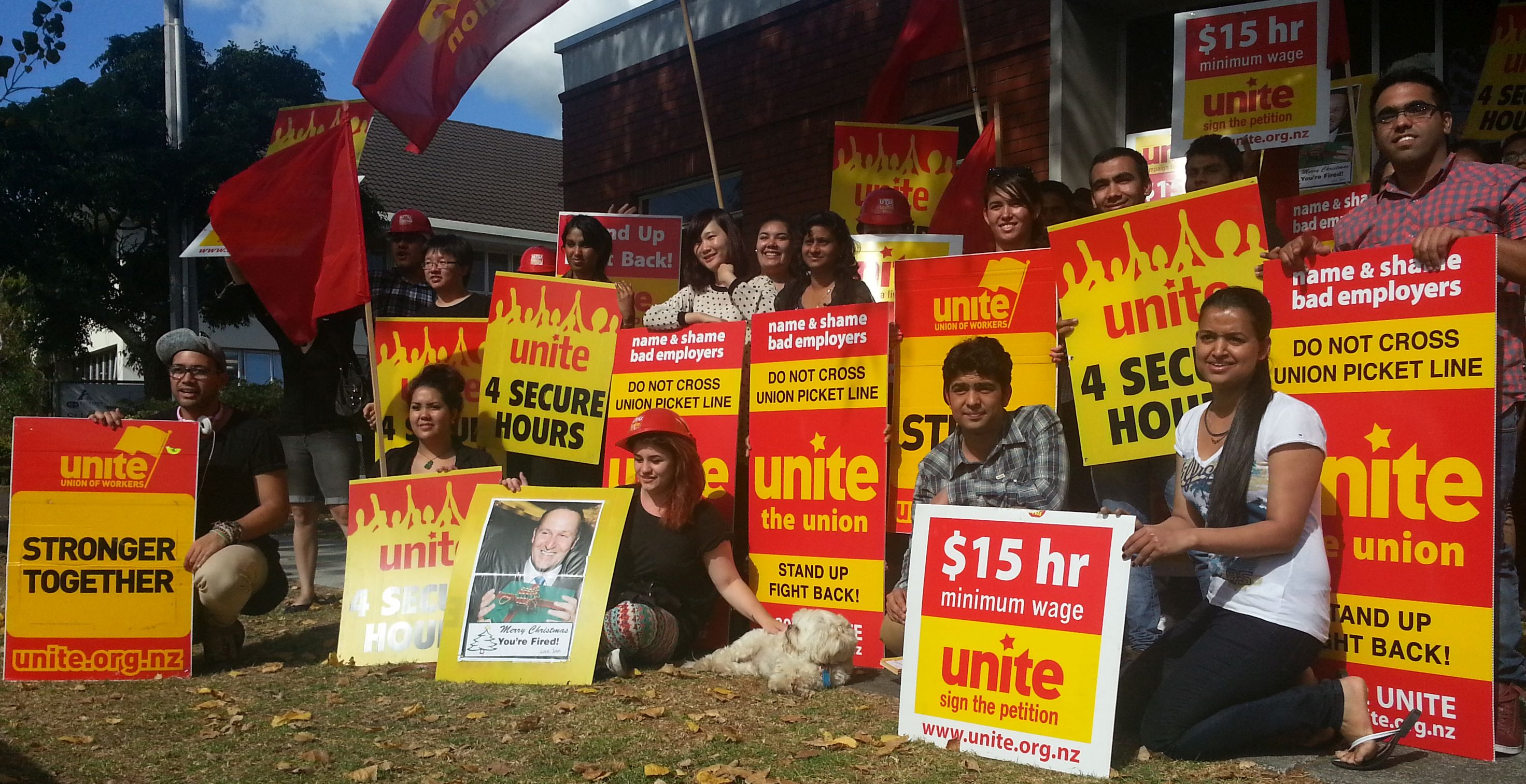 Restaurant Brands delegates meeeting in 2013 had secure hours high on their agenda.

Restaurant Brands which owns the KFC, Pizza Hut, Carl's Jr and Starbucks chains has committed to end zero hour contracts by July this year in a new collective agreement negotiated with Unite Union.

Unite has 2000 members at the chain and is recommending the new terms to members in a vote to be held over the next week or so.
The Unite bargaining team was unanimous in its support for the proposal which promises staff at least 80% of the average hours will be guaranteed using a three month rolling average of hours worked up to a maximum of 32 hours a week.
"This is a gigantic step forward for workers in the fast food industry" says Unite National Director Mike Treen.
Unfortunately McDonald's, Burger King and Wendy's are still refusing to move meaningfully on the issue.
Union members at all three chains have now voted in support of an industrial and public campaign to try and convince these companies that they have to end zero hour contracts also.
Unite is appealing for members of the public to help them in this campaign.
"It is time for New Zealanders to tell these profitable multi-national chains that they need to stop taking advantage of their often young and vulnerable workers and put an end to a labour practice that the people of New Zealand have made clear they find unacceptable.
“Tomorrow we are asking people to go to our website at www.unite.org.nz and sign a letter that will be forwarded to the three holdouts. They may think they can ignore their own workers but they won't be able to ignore tens of thousands of fair minded Kiwis who need to tell them to end zero hour contracts now. If Restaurant Brands can do it so can McDonald's, BK and Wendy's."