Sean Sweeney of Trade Unions for Energy Democracy, who organised one of the biggest side events at last year's COP21 climate negotiations in Paris with Naomi Klein and Jeremy Corbyn has put together a very special video to introduce New Zealand to the groundbreaking work that TUED and its 47 affiliated unions are doing in 17 countries. This will be followed by a panel discussion followed by Q&A. 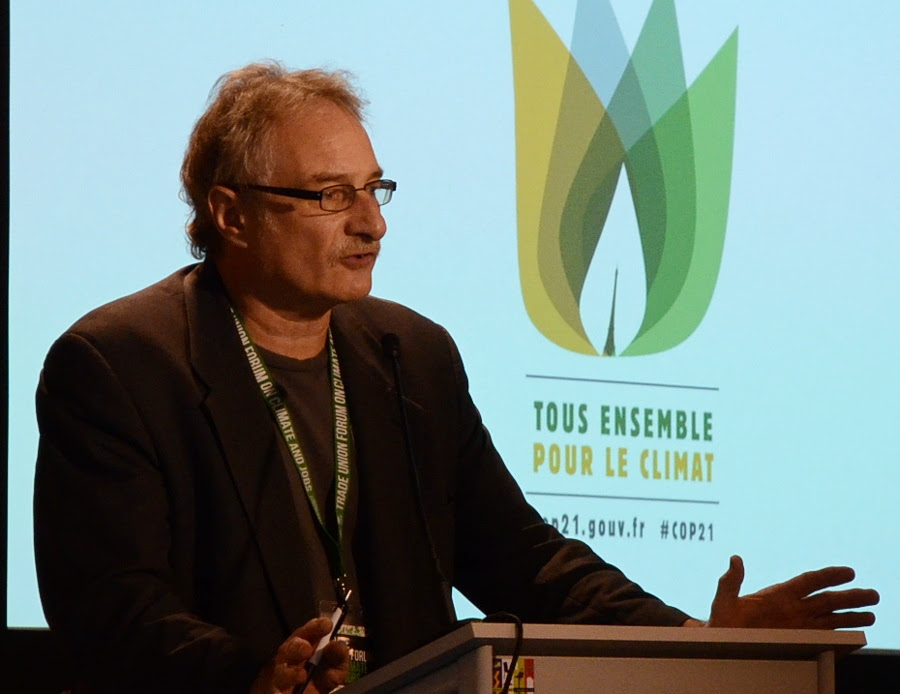 Gary Cranston of Unite Union will be speaking about how workers in less obviously effected industries can and should be active frontline participants in movements for climate justice and a just transition, what inspiring union-enviro projects are happening around the world and his observations from the trade union spaces at last years climate negotiations in Paris.

Jeanette Fitzsimons, former co-leader of the Green Party of New Zealand will be speaking about her experiences engaging with coal mining communities and workers on the West Coast as part of Coal Action Network Aotearoa's Jobs After Coal report project.

Sam Huggard, elected secretary of the Council of Trade Unions will be speaking about where the CTU is at with its (fairly new) just transitions work and what a just transition could look like in practice, in a New Zealand context.

All the details of the weekend long conference can be found on ECO's website here.
And here is the Facebook event