Unions and environmental groups come together as “natural allies”

Unions and environmental groups come together as “natural allies” 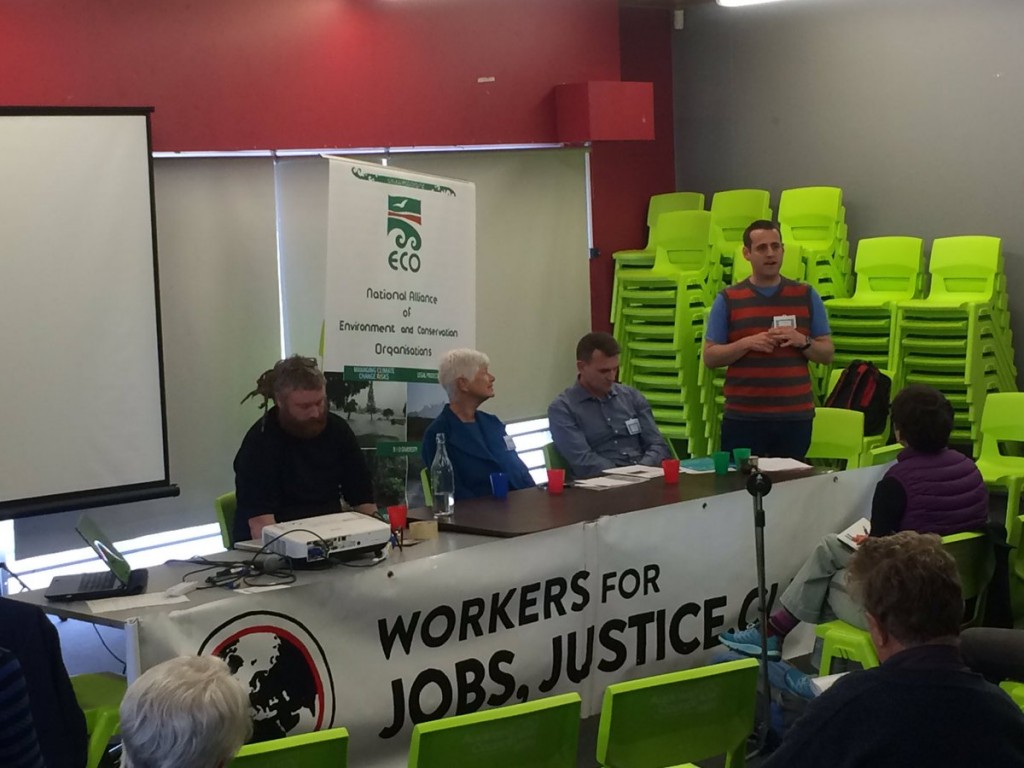 This years ECO conference saw what Jeanette Fitzsimons described as a coming together of “natural allies”  with environmentalists and unions exploring the opportunities and challenges associated with realising a just transition for workers and communities here in Aotearoa.

“A just transition means moving to a low-carbon and climate-resilient economy that maximises the benefits of climate action while minimising hardships for workers and their communities.” – Gary Cranston of Unite Union. 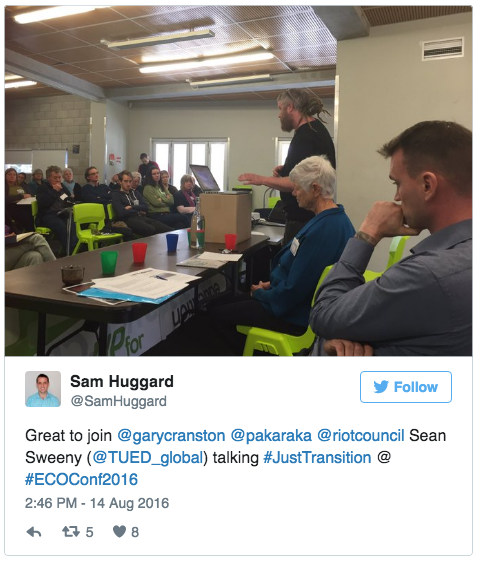 The panel began with an inspiring video presentation by Sean Sweeney from Trade Unions for Energy Democracy who introduced us to the work of TUED and provided us with many inspiring examples of alliances between environmental and worker’s movements.

Let’s keep his conversation going as we move on to making this just transition happen in the real world. You can contact the panelists as follows: