(Reprinted from a Radio New Zealand news report May 2, 2017)

Tens of thousands of migrants who have made New Zealand their home could be deported under plans to tighten immigration numbers, Unite Union says. 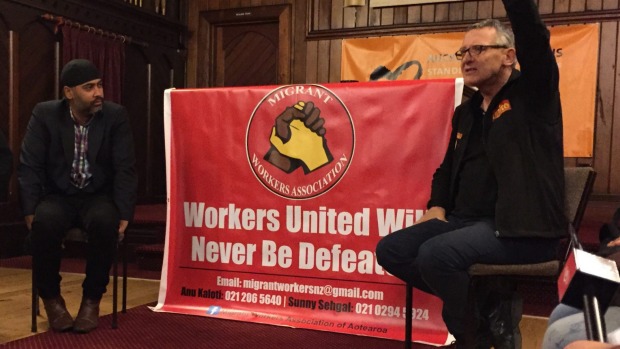 The changes include a salary threshold for high-skilled migrants, while low-skilled migrants would be made to leave the country after three years and then wait at least a year before they could re-apply.

At a meeting held by the union in Auckland last night to discuss the changes, Sky City worker Julia Liu said the changes would affect her friends and co-workers who were now thinking that would have to head home.

One of her friends has just finished six years studying for a masters of finance and Ms Liu said she feared she would be unable to earn the $48,000 needed to meet the proposed threshold.

Officials have told him he does not have enough experience or qualification for a work visa.

"Six or seven friends [have gone] back to India because of visa issues."

Unite Union national director Mike Treen said the proposed changes were unfair and could affect tens of thousands of people across the country.

"These are people who have come here, often with partners and families, and have started a new life ... and have met the criteria for essential skills where there has been shortages.

"They've been built lives in this country and I think they should be given an opportunity to regularise their status permanently."

The government has announced a one-off pathway for some long-term temporary migrants living in the South Island to become residents.

Mr Treen said that chance should be given nationwide.

The immigration changes are open for public consultation until later this month.