Support protest on Saturday to demand justice for Indian students

Support protest on Saturday to demand justice for Indian students

Unite Union is full supporting over 150 International Indian students who are about to be deported from New Zealand because their India-based agents have used fake financial documents to get them into the country on student visas.

Some of these students are also workers and members of Unite Union says Unite National Director Mike Treen. 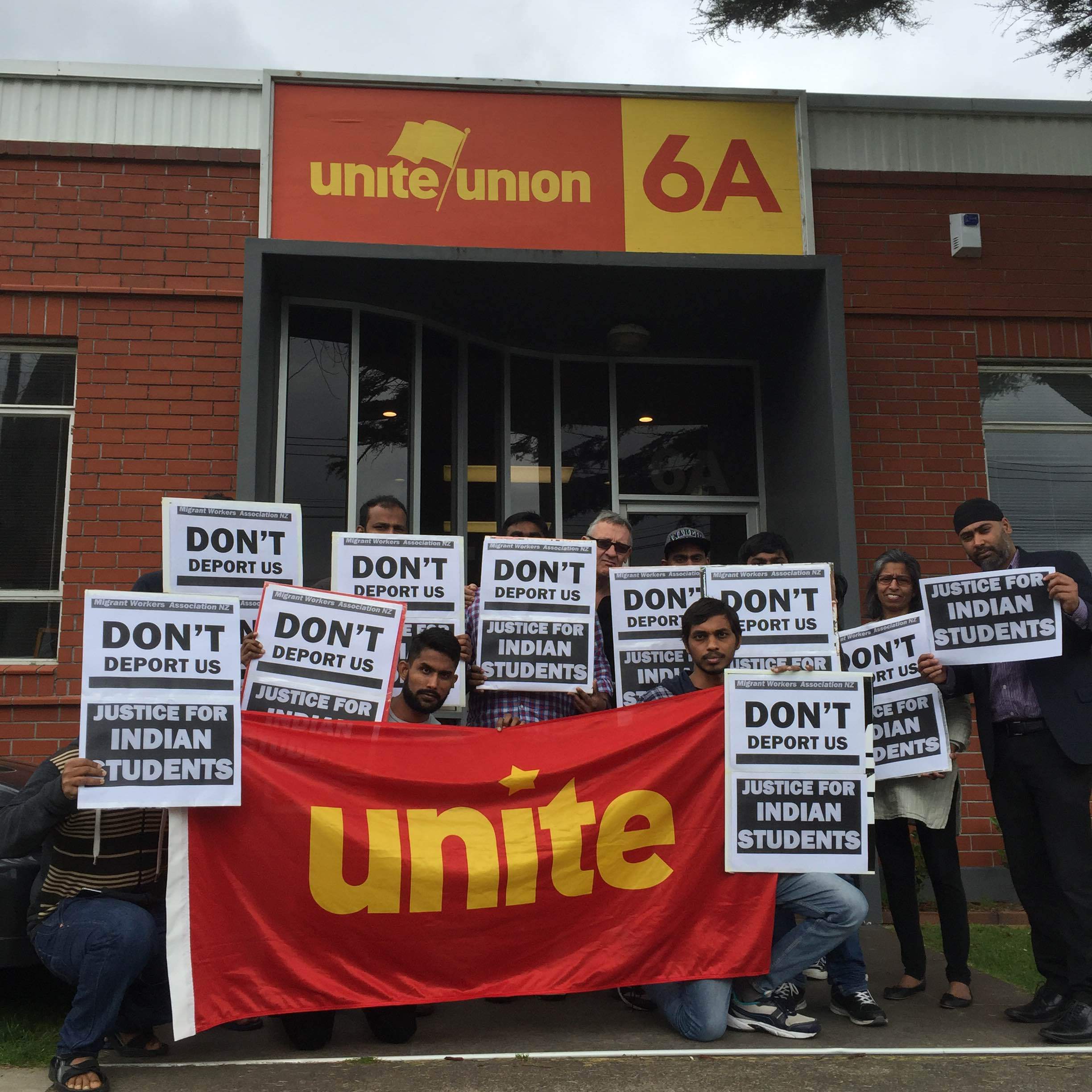 These students had no idea that fake documents were used by their agents. Deporting them for something which they have not done is unfair.

The government should put a stop to these deportations just like they did for the Filipino workers on the farms of the government's diary farmer mates at the end of 2015 when a similar scam was exposed.

A protest is being organised at 12 noon this Saturday outside the offices of National Party list MP Dr Paramjeet Parmar in Stoddard Rd, Mt Roskill, Auckland.

The students have paid tens of thousands of dollars to education providers in New Zealand who worked with the recruiters in India but now the students are being told they cannot have refunds if they are sent home.

Despite the fact that the names of these agents have been given to Immigration New Zealand, these dodgy agents have not been held accountable and neither have the colleges where the student studied.

Sunil Chinta, a student at AWI international education group says: “We are here for studying and international exposure, not for cheating someone. We are honest, hardworking and law-abiding migrants in the country. Please don’t deport us for something which we have not done”.

Pradeep Sudini, a student at New Zealand Institute of studies says: “Don’t punish me, I have not cheated in anyways to get my student visa. The financial document that was given to Immigration New Zealand on my behalf was done by the agent and not me”.

Sairup Teegala, Royal Business College says “I came to New Zealand with a lot of dreams but now this situation is a nightmare. Had I known earlier I could have acted to correct the situation. I could have been stopped at the airport to avoid this grief and hassle”

Hafiz Syed graduated from NZSE says “I opted for New Zealand for education over US and Canada. When I have applied for my student visa, I had no idea about any fraudulent document. When I have applied for my open job search visa I was told about fraudulent document. This has thrashed me and created pressure on my mind. If deported I will not be able to face my family and friends. Anything worst happens to me, Immigration NZ will be accountable for it”

We are protesting for the justice of these International students and giving a message of Solidarity to our Indian students in the country.

Let’s gather this Saturday at 12 noon outside the Stoddard Road shops in Mount Roskill, Auckland.