Some important work has been done recently in New Zealand that documents the continuing growth in wealth inequality.

Max Rashbrook has followed up his books Inequality: A New Zealand Crisis and The Inequality Debate: An Introduction with Wealth and New Zealand. They part of a valuable series by Bridget Williams Books dubbed “short books on big subjects”. 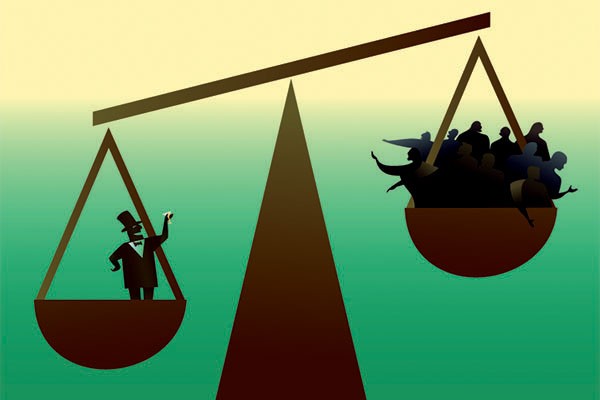 Rashbrook acknowledges the huge impact of last year's international best-selling book by Thomas Picketty called Capital in the 21st Century which similarly focuses on the process of wealth accumulation.

Wealth and New Zealand uses data from a wide range of sources including from Statistics New Zealand which looked at people's wealth between 2004 and 2010. The Stitics NZ data relies on information provided by respondents voluntarily and is likely to under-estimate the effect of wealth concentration as many of the very rich prefer to conceal their accumulated wealth. The National Business Review's annual Rich List is also an important souce.

The book explains its purpose: “We can only really understand poverty by understanding affluence.”

The basic facts are clear: "In New Zealand, as elsewhere, the wealthiest tenth typically has about 50 per cent of all assets, while the poorest half of the country has almost nothing."

Like Piketty he says that this wealth is increasingly being concentrated in fewer and fewer hands. Between 2004 and 2010 the wealth of the one percent increased from $94 billion to $147 billion. The wealthiest 10% increased their wealth from $259 billion to $473 billion. The poorest 10 percent saw their debt increase from $5.7 billion to $7.4 billion.

The Wealth Gap Tower is a fantastic graphic that has been produced to demonstrate this inequality that is based on earlier data so the numbers differ a little.

Rashbrooke is very clear that the wealth inequality he examines is the product of social, political and economic policies of successive governments. “The share of national income going to people who rely on salaries and wages,” he explains, “has fallen sharply since the 1980s, and is much lower in New Zealand than is normal for developed countries. Salaried workers have lost around $19 billion a year, or $10,000 per wage earner per year, to the owners of capital."

Similarly, the real value of benefits in relation to the average wage are much lower in New Zealand than many other countries.

Inequality remains a hot political issue in this country. Just prior to the last election the NZ Herald reported: “Almost a fifth of New Zealanders (18 per cent) now say poverty, the gap between rich and poor or the imbalance of wealth is now "the most important issue facing New Zealand", up from just 4 per cent in the equivalent poll just before the 2011 election.”

Max Rashbrooke's books are performing an important service in keeping the issue to the forefront and deserve to be read and shared.