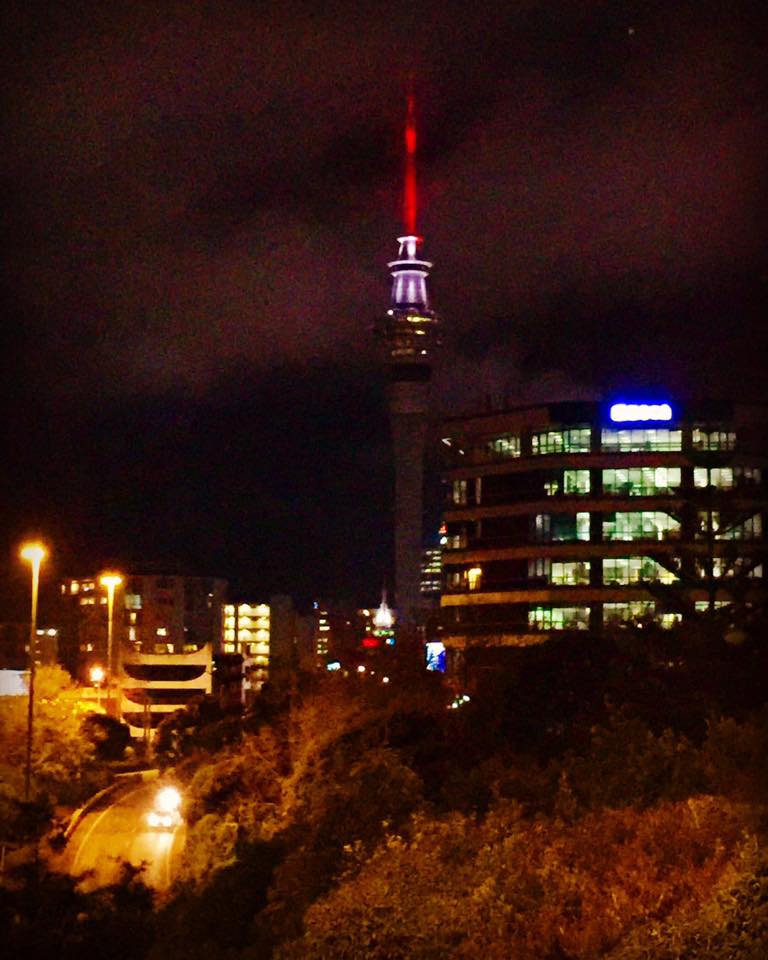 By Joe Carolan, Organiser for the Skycity Employees Association of Unite Union

There was something very powerful at the centre of our beloved Auckland city on the night of July 6th-here in this city where so many cultures work and live together in peace, the tallest building in the Southern Hemisphere shines in the colours of the Iraqi people, in solidarity with their suffering, and on the day the #‎Chilcot report will expose some of truth of how the present disaster came to be. 13 years ago, the centres of all our major global cities and towns were thronged by millions of us marching against war and imperialism - tonight, Auckland shines for Baghdad. Time for justice.

"Skytower will change its colours tonight to the Iraqi colours in solidarity with those who lost their lives in Baghdad. Well done to the Iraqi community in New Zealand,especially Rania Alani who was brave enough to first speak to the media about it, and to union members in Skycity who campaigned for this change of heart by the company, who should also be acknowledged for doing the right thing. With the publication of the Chilcot report later today, we remember that millions of us marched against war in solidarity with the Iraqi people."