Reprinted from the NZ Herald

The company, New Zealand's biggest single-site hospitality employer with almost 3500 staff on its Auckland site, has agreed to give its 800 part-time and on-call staff guaranteed hours of at least eight, 16, 20 or 32 hours a week, at their choice.

It has also agreed to 2.5 per cent pay rises for all staff in each of the next two years. 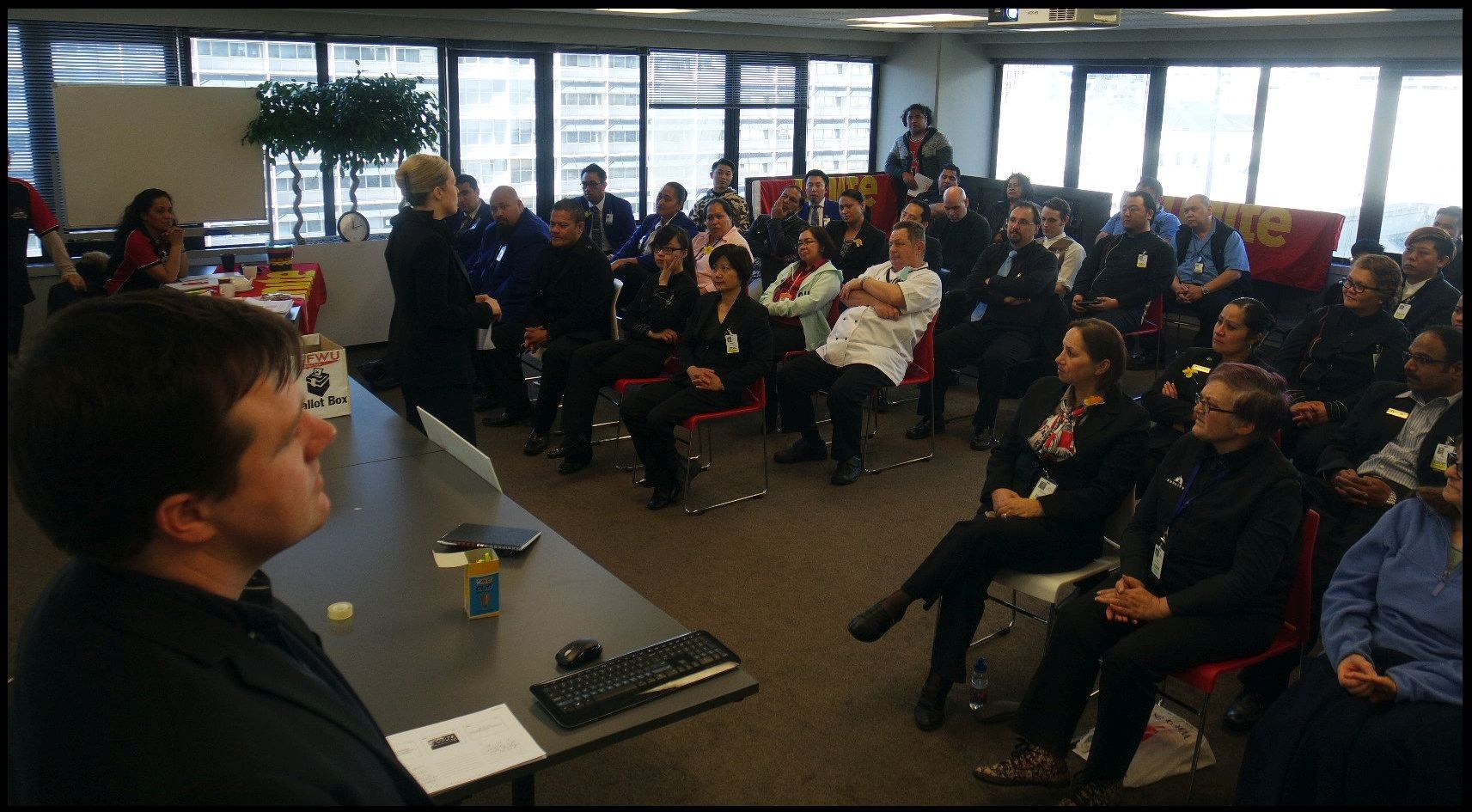 At SkyCity, he said, it reverses a move towards more part-time and casual staff about 10 years ago.

"In the past it's been a much more confrontational relationship between the unions and the casino," he said.

"They genuinely took a constructive approach to us this time around. I think we managed to make a bit of progress on things that we wouldn't have done previously.

"What's going on in the background in the public arena is, of course, the zero-hours campaign. Also there was just an acknowledgement that they wanted to do what's best by their employees... I think it's just a realisation that part-time and zero-hours contracts are quite costly when you allow for engagement and training costs."

He said the company still employed some genuinely casual staff as well, but had agreed on mechanisms by which they could become permanent part-time workers.

"It's quite an important deal because of the NZ International Convention Centre. Another 800 positions will become available because of that," he said.

Auckland Council held a hearing on Friday to consider SkyCity's application for a resource consent for the convention centre and associated 300-bedroom hotel. A decision is expected in about three weeks and SkyCity will then sign a construction contract for the centre, triggering a Government deal that will allow the casino to install 230 extra poker machines and 40 extra gaming tables.

"While the company has always said it needs flexibility from its employees because of the nature of our business, we also recognise the importance of security of hours to our staff," she said.

"The communication throughout this year's bargaining has been constructive, with the best interests of our staff always the focus of both parties. We look forward to this positive relationship continuing in future years."