Problems with cashing up annual leave

Problems with cashing up annual leave 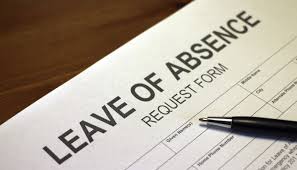 Using your Annual Leave to top up your income? Here’s why you should think twice.

A quick poll on the Unite Hotel Workers facebook page revealed 21 out of 26 Hotel workers have used Annual Leave to top up their weekly pay.

This is common practice in hotels in New Zealand, more so than in other industries.

Hotel workers struggle to get enough working hours to survive and pay the bills, so they ask their employers to pay out annual leave days in order to ensure they can buy groceries from week to week.

This seems harmless enough to most workers, it is certainly understandable that workers would need to do whatever necessary to put food on the table, however, Unite does not recommend this practice for several reasons.

Firstly, we believe it is unlawful. Cashing up Annual Leave (that is, not taking Annual Leave but getting paid out for it) is a practice that is allowed under very limited circumstances. In most of the circumstances Unite hears about anecdotally, this would be unlawful.

Secondly, it’s dangerous. Annual Leave exists to allow workers a proper break for rest and recreational activities. Working day in and day out for long periods of time is hard and fatigue eventually sets in. When a worker fritters away their four weeks annual leave a few days at a time they could end up working for years without a proper break. Everyone needs a rest at some point, for their Health and Safety.

We know the reason workers are topping up their hours is because they’re desperate, but using Annual Leave to top up your weekly pay completely ignores the real problem and lets employers off the hook. Using your Annual Leave is not the solution. To find a solution we need to examine the real problem.

The real problem is that wages are too low and most workers don’t get enough working hours to support themselves. We shouldn’t accept this as a given.  Union members, delegates and organisers need to be fighting tooth and nail against the system that sets workers up for poverty even though they’re in employment and working as much as they can. The workers of this country should be able to go to work and work enough hours on a decent wage so they can pay for the basic necessities of life. Having workers risk their Health and Safety, and missing out on important rest, family time and special occasions simply because they used their annual leave to pay the power bill in unacceptable and we cannot allow it to continue.

What can we do about it? The more workers we have in the union on your worksite who understand what unions are fighting for the better. Unions aren’t just about representing people in disciplinary meetings and sorting our pay issues. We need to be looking at the big picture. We changed the law this year, we ended Zero Hour contracts for all workers in New Zealand. When workers come together and unite we can make a difference. It’s time to demand enough hours to live on and an hourly wage that gives workers enough money per week so they can pay the basics without ripping themselves off of their own Annual Leave.

If you’ve had enough, get your workmates involved. They can join online at www.unite.org.nz, the more workers you have in the union the more bargaining power you have to bargain for secure hours and higher wages.