A powerful campaign has erupted in NZ to ask the government to at least double the current pitifully low level of 750 refugees being accepted each year. The quota hasn’t increased since 1987. This places us at 90th on the UN list for per capita acceptance of refugees. Even Australia accepts 13,750 as its quota which is one per 1700 compared to our one per 6000! Australian politicians however still treat refugees as political football and try to outbid each other in how harshly they can treat them. The creation of concentration camps on Nauru and Manus Island in Papua New Guinea was the inevitable consequence. 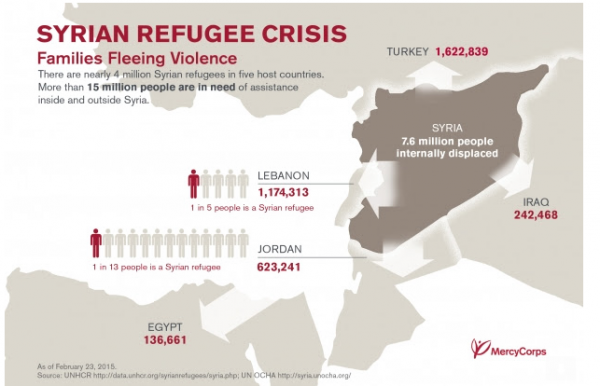 Thousands of people have signed petitions, schools have adopted the campaign, media and artistic personalities have spoken out. Every party in parliament except National favours at least some increase. So far the government has remained unmoved. Prime Minister John Key does not even know how many refugees are being accepted. He claimed it was between 3000 and 4000 refugees once the family reunification scheme was taken into account. Even counting another 250 accepted on average each year from asylum claims in NZ and family reunification cases for refugees it has averaged only around a 1000 a year for the last five years.

In the year to July 59,600 permanent and long-term migrants arrived in NZ. The quota is 1.2% of that number.

Meanwhile NZ is spending $25.4 million sending another 143 soldiers to Iraq to poke that hornets nest one more time.

The UN estimates there are almost 60 million displaced people across the globe. There were 19.5 million refugees worldwide at the end of 2014, 14.4 million under the mandate of UNHCR, around 2.9 million more than in 2013. 86% of all refugees are actually situated in the poorer countries of the developing world. They were only able to find care for 140,000 last year – one percent of the total.

The latest surge of human debris across the globe is a direct consequence of Western intervention in the Middle East and Afghanistan. Iraq, Libya, Syria, and Afghanistan are the most recent to have been bombed into the status of “failed states”. Syria alone has 4 million refugees outside the country in neighbouring countries and another 7.6 million displaced internally. These countries have joined Somalia, Lebanon, Albania, Chad, Yemen and Ethiopia/Eritrea as countries that have been largely destroyed by “friendly fire” in relatively recent decades. 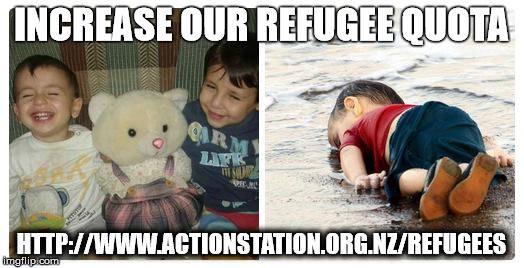 And where do the refugees try and go? Why to the countries that got fat and rich in the decades of colonial and neo-colonial rule that all these countries have been victims of. Afghanistan was the only country to escape direct colonial because a British invasion in the 19th Century was defeated. But Afghanistan has suffered continued military intervention and occupation for the last four decades. Pakistan has been dragged into this war and it’s territory is being bombed by the US. All the other countries in the list above have been colonies of France, Italy, or Great Britain.

The tragedy unfolding in such dramatic terms in Europe has made this issue an issue that defines us as a human race.

The refugee wave has now assumed such proportions that they are literally tearing down the walls of “Fortress Europe” and anyone with an ounce of basic humanity should be cheering them on.

The political agenda up to now has been set by right-wing anti-immigrant rhetoric that has not been challenged by the capitalist rulers of that continent. They want working people pointing the finger at each other to blame the outside for the problems their system is responsible for. Unemployment doesn’t exist because we are greedy capitalist bastards but because that refugee has taken your job. The propaganda is that crude. But it can be defeated because it is a lie.

But the basic humanity and obvious desperation of the refugees is waking up the dormant humanity and working class principles of solidarity that does exist in Europe along side the fascists and right wing demagogues.

Tens of thousand flooded into the streets of Austria’s capital Vienna after the 71 bodies were discovered in the back of a frozen meat truck. The banners they carried declared “Refugees Welcome” and “I don’t want Europe to be a mass grave”. 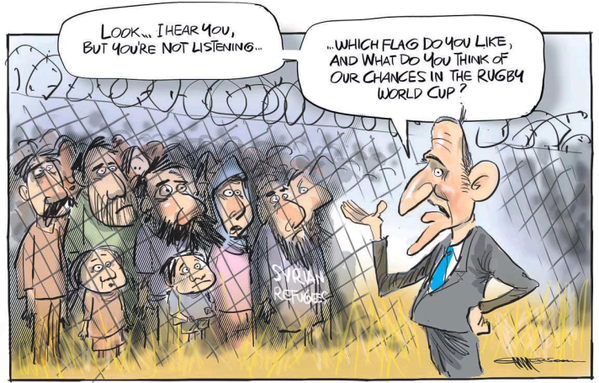 In Germany football crowds have raised banners welcoming refugees. There is a grassroots movement erupting across the continent which is saying we are sick of the governments inaction (or open hostility and brutality) and trying to find ways where they can help directly. Soup kitchens have been started, flat sharing offers being made with bills paid by crowd sourcing, community halls are being opened up. Tiny Iceland with a population of just 300,000 has had 12,000 people offer places in their homes in response to their governments offer to take just 50 refugees. The Facebook group “Syria is calling,” was started by professor and writer Bryndis Bjorgvinsdottir. “Refugees are our future spouses, best friends, our next soul mate, the drummer in our children’s band, our next colleague, Miss Iceland 2022, the carpenter who finally fixes our bathroom, the chef in the cafeteria, the fireman, the hacker and the television host,” states the plea to the government. “People who we’ll never be able to say to: ‘Your life is worth less than mine.'”

German Chancellor Angela Merkel seems to have accepted that something has to be done to cut the paralysis of inaction being produced by trying to get all the different countries to agree to a common solution. She announced that Germany alone would take 800,000 Syrian refugees and wouldn’t follow the EU conventions which insist that refugees apply for asylum in the country they first arrive at.

This has become simply impossible for poor Greece which has had its economy destroyed by a European imposed austerity programme. But Greek Island are relatively close to many transit point from Turkey in particular which has at least 1.6 million Syrian refugees. Over 160,000 have arrived in Greece this year. The number arriving is escalating with 23,000 refugees arriving in Greece last week alone which was a 50% increase on the previous week. The UK has offered to resettle 1000 Syrians by contrast. The UK foreign Minister Philip Hammond described the refugees as “marauding migrants.”.

Many people have raised the issue of how other European countries and the USA, Australia and New Zealand tried to exclude Jewish refugees before and after World War Two. But maybe Germany also remembers what happened to its own people after World war Two. According to Wikipedia “Between 13.5 and 16.5 million Germans were expelled, evacuated or fled from Central and Eastern Europe, making this the largest single instance of ethnic cleansing in recorded history. Estimated number of those who died in the process is being debated by historians and estimated between 500,000 and 3,000,000. There are approximately 20 million refugees in all the countries near Europe. Europe has a population of 750 million people. Taking all the refugees would increase Europe’s population by 2.6%.

The example of the failure to act to help the German Jews is somewhat ironic given that the Prime Minister mother Ruth is of German Jewish heritage and was able to escape Germany in the 1930s because her sister got to England and is said to have entered into a marriage of convenience with a English man and use that to get visas for her brother and sister. Of course under today’s refugee laws that would be grounds to revoke the visas and deport the refugees back to their home countries.

It is foolish to try and distinguish between so-called “genuine” refugees and “economic migrants”. Migrating for a better life is what people have been doing since the birth of humanity. All humans have a common ancestor. We are one family. My ancestors are Irish. Six million of us left the “Emerald Isle” over the course of a century before between 1848 and 1950. Overwhelmingly they were seeking better life. Often they were escaping war, colonial brutality, and famine. Were they refugees or migrants. The distinction is meaningless.

The borders of the wealthy states of Europe, North America, Japan, Australia and New Zealand have been erected in the main to “protect” our capitalist rulers and their desire to exploit the people and natural resources within the territory they control. They also use their wealth and military power to control as much of the world as possible. The refugees around the world are principally a result of that interference in the interests of the global capitalist empire led by the United States. Immigration controls are not principally a means of keeping people out – the rulers of the US and Europe know that – but to keep millions of working people as “illegals” who can be used and abused by capital. Working people actually have no borders of our own which we must “protect” against other working people.