Workers at one of the country's biggest fast-food enterprises have reason to celebrate. Their employer, Restaurant Brands, struck a deal with the Unite Union in which workers' hours and shifts will be guaranteed on a permanent basis.

The new collective agreement moves from a formula in which hours were guaranteed at 80 per cent of those worked in the previous three months, to one in which all hours will be guaranteed and shifts fixed. The change affects hundreds of staff.

The listed franchise operator employs about 4000 people at 181 fast-food restaurants in New Zealand. Half the restaurants are KFC outlets and the rest are made up of Pizza Hut, Starbucks and Carl's Jr stores. 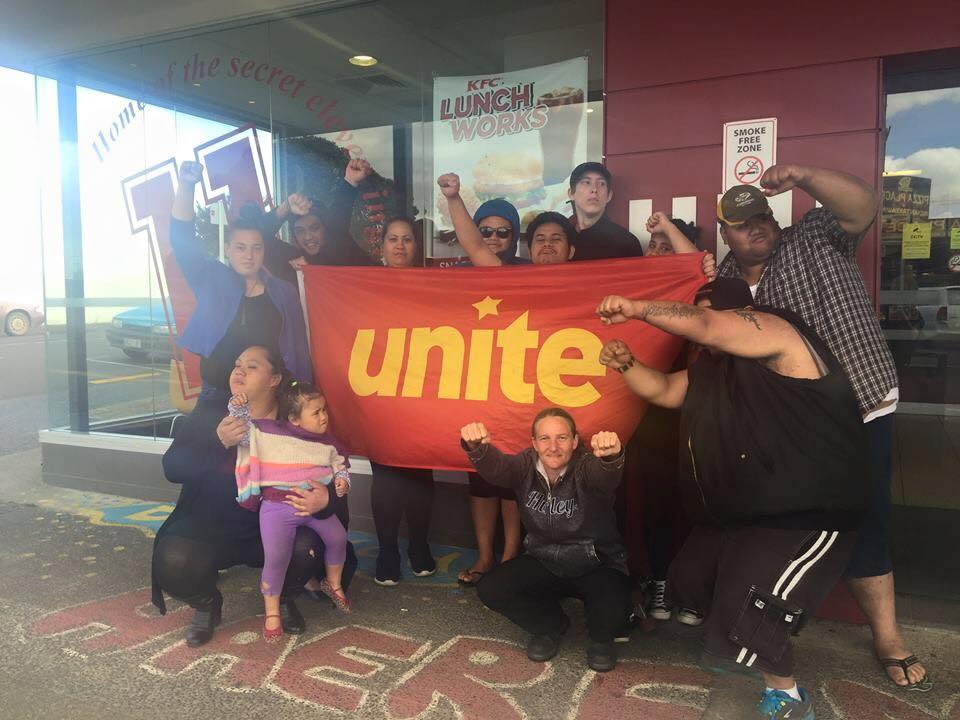 Over half the staff of Restaurant Brands are members of Unite

The deal will put pressure on the other big chains, McDonald's and Burger King. The union is talking about legal pressure but the market may have a greater say.

If McDonald's and Burger King resist the push to more permanent arrangements, there is every likelihood their competitor will enjoy the benefit of a more stable workforce. Staff turnover is a characteristic of the industry, with 50 per cent or more workers coming and going every year, often to other chains. The high level of turnover adds to training and recruitment costs and is a burden on employers.

By offering more certain hours and shifts, Restaurant Brands could expect a dividend in staff stability, and face less of a costly load in hiring and training employees. Fulltime staff may become more of a permanent feature of the takeaway workforce than casual labour.

Under the new agreement, company staff will also be offered additional shifts when they become available up to a maximum of 40 hours a week, allowing the opportunity to build up stable, secure fulltime employment. The company calls it part of a wider culture of employee wellbeing.

Under its South Africa chief executive Russel Creedy, Restaurant Brands has shown itself to be nimble performer in a marketplace crowded with choice for the fast-food consumer dollar. Creedy described the move as a step towards a more sustainable business model, noting that more engaged and settled staff were less likely to pack up and head elsewhere.

In a rare show of workplace harmony, the Unite Union's national secretary, Gerard Hehir, praised the company, saying Restaurant Brands had decided to take the "high road" on the issue, while at the same time taking a pop at the employment practices of rival chains.

The agreement is one of the first big settlements since the Government, in the face of a concerted campaign, changed the law to abolish "zero-hour" contracts. These arrangements covered jobs where workers were not guaranteed any paid employment but were expected to sit by the phone and be available for work just in case they were required.

No compensation was contemplated and yet the worker was unable to seek employment elsewhere. Under the zero-hour reforms, companies have 12 months to change workplace arrangements after the political parties found themselves in rare agreement over labour law reforms.

Restaurant Brands have stolen a march.