Unions praised the government's equal pay settlement for 55,000 aged-care workers, which will cost $2 billion over the next five years. E tū assistant national secretary John Ryall said the settlement, once ratified, would mean a "once in a lifetime pay rise which will end poverty wages" for a mainly female workforce. The New Zealand Nurses Organisation, the Public Service Association and the Council of Trade Unions have also backed the settlement. Existing staff will now be paid between $19 and $23.50 an hour from July 1. By July 2021, the entry-level rate will be $21.50 an hour, with a top rate of $27. Workers now earn an average of just over $16 an hour, with many on the minimum wage of $15.75, the unions said. The workers provide government-funded aged residential care, home support and disability services for around 110,000 people. 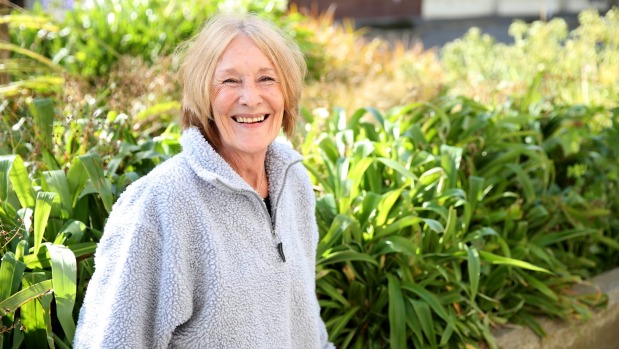 The government's plan to allocate extra money to fund rural ambulance services "needs to be closely examined," declared New Zealand's unions. Health Minister Jonathan Coleman recently announced the government will increase funding for the ambulance sector with an extra $59.2 million over the next four years, as part of Budget 2017. The money will go towards introducing 375 new emergency medical and paramedical roles across the country to bring an end to single-crewed ambulances. The Ambulance Professionals First, the union representing most of New Zealand's ambulance professionals, warned emergency medical assistants should not be recruited "who will only receive three weeks training and will not have the authority to practise without supervision." The Council of Trade Unions (NZCTU) pointed out the funding boost only gives a qualified paramedic an assistant instead of an equally trained professional "who can work alongside them in extremely pressured life and death situations." "Why should Kiwis who live rurally receive second rate ambulance services? When faced with an emergency, regardless of whether you are living rurally or in an urban centre, your need for equality of healthcare remains," said CTU Secretary Sam Huggard.

E tū joined a delegation of Australian manufacturing workers earlier this month on the picket line in Auckland targeting Fletchers, a glass wool manufacturing company. "We are calling on Fletcher's to get back to the bargaining table and stop stripping away workers' rights," said E tū Industry Coordinator, Joe Gallagher. "We will not tolerate a New Zealand company treating its Australian workers with contempt, just as we would not tolerate an Australian company coming to New Zealand and treating New Zealand workers the same way." The Australian workers protested an action by Fletchers to cut working conditions for their members in Melbourne. The 90 workers, represented by the Australian Workers Union, went on strike February 17 over company demands of no pay rise, increased hours and increased use of casual labour. 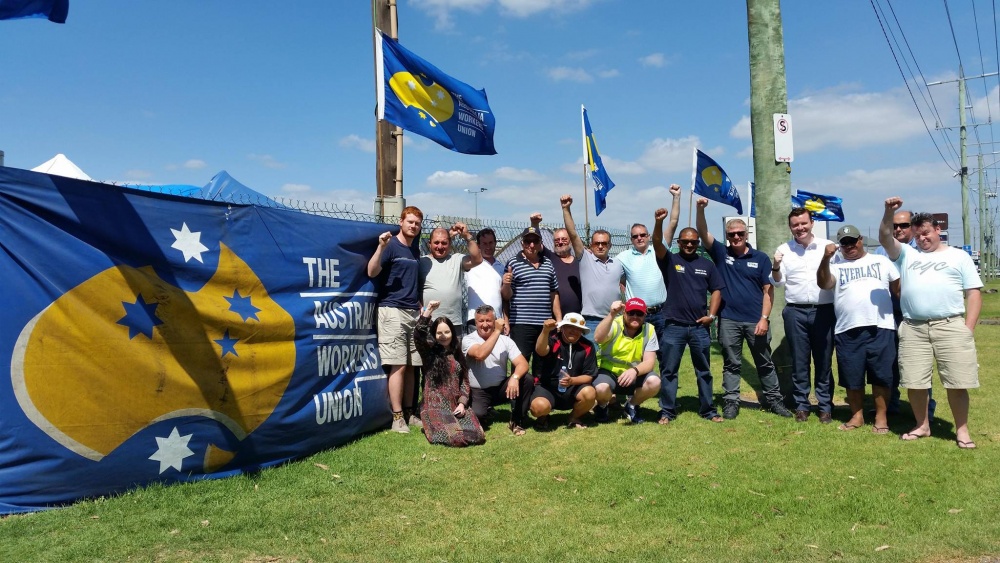 A clear majority of workers are still missing their holiday pay, declared the Council of Trade Unions (CTU). The potential $2 billion salary problem still needs more time to be fixed than the six years currently allowable under a statute of limitations. Problems exist because payroll systems are not up to the task of assessing holiday entitlements for people whose work is variable. These workers include those who do shift work, overtime, statutory holidays, or get short bursts of extra money from temporary promotion. As a result, they may receive less holiday pay than they earned. "What is not clear is how much they are missing out on. However, we know it is a big problem and we know that the Labour inspectorate is hopelessly overmatched in sorting this out," said CTU legal counsel Jeff Sissons. Except for the police, who got $37 million in back pay, just $4.5million has been paid in arrears to 9500 workers.

Labour leader Andrew Little outlined his party's vision for New Zealand's economy in a recent speech to business leaders in Wellington. The economic program focuses on housing, putting young people to work, education and training, and mental health. He expressed concern that his generation was not doing enough to leave "a brighter world" for those who follow. "Economic policy should serve the need to prove security, stability and peace for all citizens," he told the Wellington Chamber of Commerce. He called for "investment" in health, education, jobs for young people and homes, "which are the social foundations for success." He also gave a preliminary look at Labour's immigration policy which is expected to be released in the coming weeks. Little said Labour plans to focus on higher-skilled jobs to carefully manage immigrations. "You know, none of us would invite 20 people over for dinner if we didn't have 20 chairs for them to sit on," he said. "Well right now, our cities don't have enough chairs." According to early signals, Labour will cut work and student visas by "tens of thousands."

The 2016 New Zealand Aged Care Workforce Survey found that 85 per cent of aged care workers thought their wages did not reflect the emotionally taxing work they performed. The survey was conducted by the Auckland University of Technology. Among other findings, the survey revealed that aged care workers are stressed, working unstable hours and feeling unappreciated financially. Most of the respondents earned less than $17 an hour, with 36 per cent of them paid the minimum wage, reported lead researcher Dr Katherine Ravenswood. She said low wages are not enough to meet living costs and expressed hope that the government's recent announcement of $2 billion funding for aged care workers would improve their conditions. "They [healthcare assistants] are the key person dealing with our older people, they're the person who's providing both physical support, but often a lot of emotional support," she said. According to Stats NZ, 700,000 people are aged 65 years and older in 2016 and that was likely to double by 2043.

The recent announcement by the government that 34,000 new homes will be built on Crown Land in Auckland over the next decade is a direct response to the Labour Party's Kiwibuild policy, declared government critics. "The government has finally realised the housing shortage could cost it a fourth term," said political observers. According to the government's plan, 13,500 new social houses will be for low-income earners and about 20,600 will be released to the market. Labour Party officials scoffed at the plan, charging it will not keep pace with Auckland's population growth of 100 people a day. In additional, all of Labour's homes would be in the affordable range compared with 50 per cent of the government's. The party's Kiwibuild policy, announced in 2014, pledges 100,000 affordable homes in 10 years, with 50,000 of them in Auckland.

More than 350 Burmese garment workers from the Join-Profit garment factory Industrial Zone (3) of Hlaing Tharyar, launched a strike on May 17. The workers demand labour rights and charge factory officials with many violations, said strike leaders. "We were not allowed to take any leave although it has been prescribed by labour law. Actually, we don't even need to ask for this," factory worker union's secretary Ko Zaw Min told The Myanmar Times. He also said that factory officials never allowed workers to take time off and always cut their salaries if they took time off. The workers said that factory officials and the worker's supervisor violated previous labour contracts which had been agreed upon in front of Labour Department officials. Although factory officials promised to treat workers well, they were instead often rude and impudent. Strike workers have further asked factory officials to make an Employment Contract (EC) and to issue the social security welfare documents according to labour law.

A bomb detonated May 19 at the headquarters of the Colombian Educators Federation (FECODE) in Bogota with significant damage to the building and surrounding houses. No injuries were reported from the blast which went off at 11 p.m. The union demanded the government implement security measures "to protect the integrity of the Colombian teachers and their leaders" while calling for the "disclosure of the identity of the perpetrators of that terrorist act." The union is in the midst of leading a strike by 350 teachers that began May 11 and closed schools for more than 8 million students. "Although there were no injuries, the incident is against the integrity of our Executive Committee, local workers, and teachers in general," the union said in a press statement. FECODE pointed out the teacher strike, although broad in scope, has been peaceful, "with the intelligence, perseverance, and tenacity of teachers, students and parents being above any act of violence."

Australia's Construction, Forestry, Mining and Energy Union (CFMEU) threatened to challenge the certification of forests products company Carter Holt Harvey. Two hundred workers have been locked out for three weeks at the Myrtleford mill in Victoria where talks for a new collective agreement with the company broke down over a claim for higher pay and annual leave. The union now claims Carter Holt breached the ethical labour elements of its certification, and has threatened to write to the company's supplier, which is owned by international pension funds. "Without certification, it will be difficult for the company's products to get on to building sites and on the shelves of the big timber and hardware retailers," Construction, Forestry, Mining and Energy Union secretary Michael O'Connor told the Sydney Morning Herald. The workers and union said a challenge to the company's ethical stance might give investors "pause for thought." The Forest Standards Council issues the company's certification, a credential that is used when it trades.

The Medical Laboratory Workers Union charged the Auckland District Health Board ignored long-running tensions between staff at its mortuary, leading to allegations of bullying and disrespectful behaviour. The actions stemmed from complaints being investigated by WorkSafe from two British mortuary technicians, who say they were picked on by senior staff and ostracized by other workers for speaking out. The complaints also alleged that co-workers made disparaging comments about the bodies in their care. "One of the ways people cope in this sort of environment is to have a dark sense of humour, but I've never known it to be directed at the people in their care," said Medical Laboratory Workers Union's Deborah Powell. She said there had been "tensions" at the mortuary for about four years, but the Auckland DHB had failed to do anything about it. "I don't think they've handled them at all. That's been the problem. The issues have not been escalated up the chain quickly enough... and that's why we're in the mess we are in," she said.

Despite decades of regulations, pipes and fittings in Wellington's high-rise office buildings remain unsecured, unions charged. Many of these buildings suffered significant damage in last November's quake, but occupants were saved because the shake happened at night. Public Service Association National Secretary Glenn Barclay warned that many of New Zealand's 353,000 state workers are employed in these buildings and he expressed concern for their safety. "We are very worried about it we don't really know the extent of it but there are plenty of anecdotal reports that said tiles did fall from roofs. It is a worry to us," he said. Unite Union National Secretary Gerard Hehir, which represents retail and eatery workers, also was concerned about the risks from often heavy pipes in ceilings. "There could still be dangers two weeks or even months later. We could still have dangers that should be checked," he said. The union leaders said the buildings should be brought up to council standards and properly enforced, but that it was mainly building owners who were responsible for ensuring their properties are safe.