Helen Kelly, former president of the New Zealand Council of Trade Unions, was honoured with a portrait at the New Zealand Portrait Gallery. The portrait, painted by Lee Robinson, was donated by the city and presented to the gallery by Wellington Mayor Celia Wade-Brown. Wade-Brown said Kelly was a strident campaigner for social justice, the rights of New Zealand workers and medical marijuana as she fought a public battle with cancer. "Through all this time she's been a passionate Wellingtonian and deserves to be recognised for the great work she's achieved in the capital for so many New Zealanders," said Wade-Brown. Kelly called the occasion “fabulous that the council had recognised other participants in the community like unions.” She served as president of the CTU from 2007 until October 2015 when she stepped down due to her illness. She was noted as an outspoken advocate for better safety standards in the New Zealand forestry industry 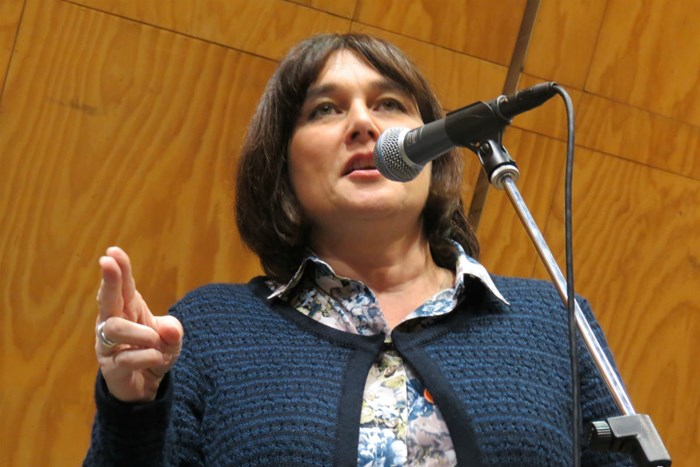 Airport security workers, represented by the Public Service Association and E Tū, withdrew their strike notices after reaching an agreement with the Crown agency Aviation Security Service (Avsec). The primary dispute was over pay. A strike, scheduled for the end of the month, would have caused a major disruption for school holiday travellers. Avsec, in turn, withdrew its lockout notices so that union members could vote on the proposal. What would have been the first strike in three decades by the workers was averted by intense mediation talks held in Auckland. The workers carry out everything from screening passengers and luggage to scanning airport perimeters and checking planes for bombs. In a statement, Avsec called the deal “reasonable.” The Civil Aviation Authority (CAA) said ratification would take four to five weeks. "[We] hope the offer…which will be recommended by unions to their members, will lead to a formal settlement and in time a new collective agreement," the CAA said. Airline Pilots Association President Tim Robinson had warned that the proposed lock-out would have significantly lowered New Zealand's aviation security defences and resulted in “a period of vulnerability.”

E Tū union leaders and manufacturing firms reached a multi-employer agreement that includes 600 workers at more than 80 firms. The settlement to renew the Metal and Manufacturing Industries Collective Agreement covers manufacturing and engineering firms of all sizes and was first established in 1991 when industrial law was overhauled by the Employment Contracts Act. The deal was announced by an E Tū spokeswoman who did not provide details. The union, formed through the merger of the of the Engineering, Printing and Manufacturing Union and the Service and Food Workers Union, had pushed for a "fair and reasonable" pay rise and greater worker representation on health and safety matters. According to news reports, workers had received a 2.5 per cent pay rise from negotiations in 2014, following increases of 2.1 per cent and 2.8 per cent covering the 2012 to 2014 period. The government's changes to the employment law in 2014 weakened the ability of unions to negotiate multi-employer collective agreements. Firms are now allowed to opt out of when a new deal was proposed, a current agreement renegotiated, or where a firm is cited to join an existing agreement.

China threatened "retaliatory measures" against key New Zealand products if the government proceeds with an investigation into whether China is dumping cheap steel in the country. Such an action would deeply affect NZ imports of dairy, wool and kiwifruit to China. According to news reports, Chinese believe New Zealand is part of a US-led alliance to target Chinese national interests. Meanwhile, a glut of cheaper Chinese steel in the market threatens domestic steel producers and workers. NZ's steel industry is struggling to compete against Chinese steel which is being used in major projects like the $1.4 billion Waterview Connection and bridges on the Waikato Expressway. Pacific Steel, the sister company of NZ Steel, has reportedly filed a confidential application, under local and World Trade Organisation rules, for an investigation into China dumping cut-price steel on the New Zealand market. “We've already seen trial shipments of Chinese coil brought into our works. If they can import hot roll coil cheaper than we can make it, then why keep it open? People are really concerned that might happen,” said E Tū union delegate Mark Palmer about the threatened closure of NZ Steel's Glenbrook steel mill, from Auckland.

New Zealand's Labour Party, the country's oldest political party, celebrated its 100th birthday with centenary events held around the nation. In Wellington, the Centenary Conference highlighted Labour's achievements which have helped shaped New Zealand's history. Party leader Andrew Little opened the meeting with a review of policies that were instrumental in developing New Zealand into a modern nation. “We celebrated Labour's creation of the welfare state based on the philosophy that everyone has the right to a decent standard of living and to live with dignity. It was under the first Labour government from 1935 to 1949 that New Zealand's social security system was established - a first in the Western world,” he noted. As part of his remarks, Little reiterated the recently announced comprehensive housing plan “to tackle the housing crisis by building affordable houses and cracking down on speculators.” “It has been said that economics is ultimately about how choices are made. Labour chooses to grow the economy and ensure that more New Zealanders share in the benefits,” he said. 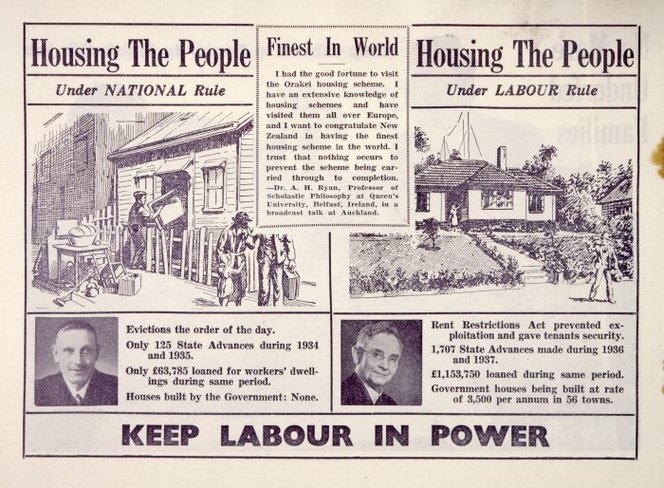 Nearly 1,000 U.S. hotel workers and members of UNITE HERE Local 54 in Atlantic City are on strike at the Trump Taj Mahal hotel casino in Atlantic City, United States and have asked for international support. Opened by Donald Trump in 1990, workers have had to struggle against the pressure of successive bankruptcies. In 2016, ownership passed to billionaire hedge fund investor Carl Icahn and under Icahn's ownership, wages and benefits were cut by 35 percent, leaving the average employee with less than USD 12 per hour. According to the union, Trump Taj Mahal members voted to authorise a strike if they did not receive a fair contract by noon on July 1. With the deadline passed and contract negotiations at a dead end, workers took to the streets. In related news, Local 54 workers at Tropicana Atlantic City ratified a new contract similar to pacts reached by union members at Caesars Atlantic City, Bally's Atlantic City and Harrah's Resort. The union represents bartenders, servers, porters and other hospitality workers in Atlantic City hotels.

Chinese workers on strike at Wal-Mart Stores in China returned to work in early July after the firm agreed to consider their protests against a new work scheduling system, reported China Labour Bulletin, a Hong Kong-based workers right group. Strikers feared the new schedule could be used to cut overtime pay. The walkouts started at the beginning of July in the southern city of Nanchang and spread with the help of social media to Wal-Mart hypermarkets in two other cities. Duan Yu, a worker at Wal-Mart in Nanchang who was representing the strikers in discussions with management, said employees had been voicing their displeasure about the system since May to no effect. About 50-60 workers at each of four stores in Nanchang, Chengdu and Harbin have been involved in the strikes, said Zhang Liya, a Wal-Mart employee and activist from the southern city of Shenzhen.

A report from medical experts investigating rates of Black Lung disease amongst Australian miners revealed that nearly one in ten may be afflicted. The findings highlight the seriousness of the problems in the state's mines. CFMEU Mining and Energy Division Queensland District President, Stephen Smyth, said the numbers, unfortunately, vindicated the union's claim that numbers were greater than any of the official figures suggested, making it clear the Government had to end the self-regulation of dust levels by the mining industry. “What the experts are telling us is that there may be a 7.3 percent incidence rate of Black Lung disease amongst Queensland coal mine workers in the sample they have looked at,” Smyth said. “This rate of Black Lung puts Australia second only to China in the world and well ahead of the US and Britain. This is the crisis that the union alone has been warning about and it is only the tip of the iceberg.” Reports also emerged that some victims were under the age of 40, indicating that Black Lung is not a disease which occurs after decades of working in the coal mines. Smyth demanded “the broken systems that have led to this crisis be fixed - particularly dust levels and monitoring.”

Ten former hospital workers, represented by E Tū, employed by Compass at Middlemore Hospital in Auckland received a confidential settlement projected to be in the tens of thousands of dollars, the union reported. The workers were among 14 staff made redundant after Compass switched to serving pre-packaged food at the facility. E Tū Industry co-ordinator Jill Ovens said the women got their redundancy pay, but 10 of them were still waiting for retirement gratuities, a “thank you” payment for long-service. She explained they took voluntary redundancy and were contractually entitled to a gratuity payment of about $30,000 each. They received their payout as a result of mediation. The former staff had worked at the hospital for decades before the operation was taken over by Compass, one of the world's biggest catering companies. The firm supplies nearly half of all public hospital meals in New Zealand.

Napier's Pan Pac Mill came to a halt recently as some 200 union workers conducted a 24-hour strike after rejecting the company's collective agreement offer. Most of the workers are members of First Union. The union noted that some workers remained on the job to safely shut down the mill for the night. According to First Union Hawke's Bay organiser Mike McNab, the workers previously agreed to forgo a pay rise when the company was financially struggling. But their loyalty has not been rewarded. "Now that the company is back in healthy profit, they're refusing to acknowledge how hard our members worked to bring the company back in the black. We're calling on the company to do what's fair and settle a decent collective agreement," he said. McNab pointed out that the company made a gross profit of $34 million in fiscal year 2015. He warned that "further action may take place if subsequent negotiations break down." In a related incident, 85 union workers from Pan Pac's lumber division began a strike in March over health and safety breaches in the company's new thermally modified timber (TMT) kiln. The kiln malfunctioned on February 23 and emitted toxic fumes that hospitalised four workers.

New Zealand Nurses Organisation President Grant Brookes will stand for the Capital & Coast District Health Board, the union announced in a statement July 15. “The most trusted profession have put their trust in me, electing me President of the Nurses Organisation,” said Grant. “Now I'm asking residents to put me at the top of their list of DHB candidates in October.” Grant has been nursing for two decades, including 13 years at Wellington Hospital. NZNO is endorsing him in the election. “I want to put the “care” back into aged care, with our elderly properly looked after,” said Grant. “As a parent, I know health grows from whanau ora - family well-being. I support partnerships with M?ori.” He pointed out that an analysis by the Council of Trade Unions economist Bill Rosenberg found a $1.2 billion national shortfall this year in health care funding, compared to 2009/10. “One effect of this is that Capital & Coast DHB is now facing major challenges,” Grant commented. “The problems are too big for any one individual to fix. But health is my sole focus, not a sideline. As part of a like-minded team, I believe I can help the DHB to rise to the challenge.”