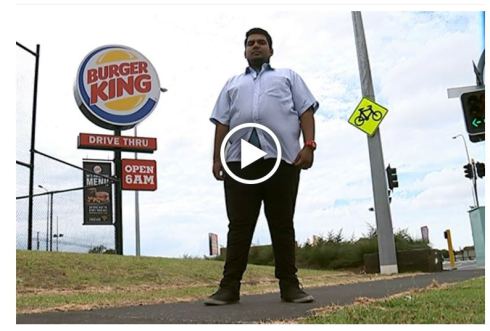 “Of course we can legislate for all the rules, but can’t legislate for good employer practice,” says Mr Woodhouse. “I think this is bad for organisation as well – it must take an enormous amount of time, effort and cost.”

So would the minister work on a zero-hour contract?

“I have worked on casual as a student and on my return from an OE – they’re an important part of the workplace,” says Mr Woodhouse.

“It’s really hard. You have to borrow money and get loans off people, and sometimes I don’t eat.”

Mr Woodhouse’s solution is to take some help from the Government, if you can get it.

“It might be possible that Mohammad has Work and Income New Zealand (WINZ) opportunities available to him, but obviously everybody’s situation is different,” says Mr Woodhouse. “But it may be possible that he get support that way.”

He says he encourages employers to rethink their rostering practices.

There’s a stand-down period for WINZ assistance, so that wouldn’t really help employees like Mr Ismail.

Mr Woodhouse’s other solution for Mr Ismail is to get a new job.

“We have a growing job market, and I’m sure people like Mohammad will be able to take advantage of that,” says Mr Woodhouse.

If only it was that easy.

“People say it’s easy to find a job,” says Ms Ismail. “It’s not easy, it’s hard, but the rest of the company will [continue] to do the same thing, so we need to stop this.”

Mr Woodhouse says that there will be changes to employment law this year and is “quite happy to introduce legislation into the House in the middle of the year that would prohibit the worst excesses of the [zero-hours] practices that we find”.

Watch the video for the full report from Anna Burns-Francis.