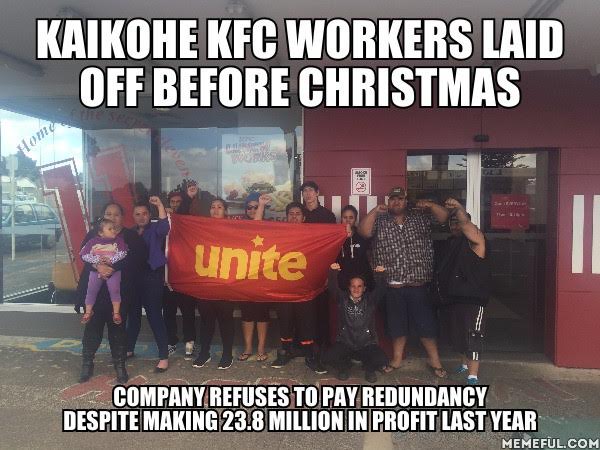 This morning workers at KFC Kaikohe were told they are to be laid off just before Christmas. A picket has been put on the store until the company decides to do the right thing by the workers.

The company was aware of the likelihood of closure for at least a year without letting the crew know.

"Restaurant Brands made $23.8 million dollars profit last year thanks in part to the loyalty of employees and customers in small communities like Kaikohe." said Unite Union organiser Gary Cranston. "It's not like they can't afford to pay them enough to get through Christmas."

"There are hardly any jobs around here. How are we supposed to get through Christmas without any redundancy to bridge the gap?" said Union delegate Kalein Howard.

The workers are asking the community to stand by them until the company do the right thing.