Is it time for some Community Communism in Aotearoa?

Is it time for some Community Communism in Aotearoa? 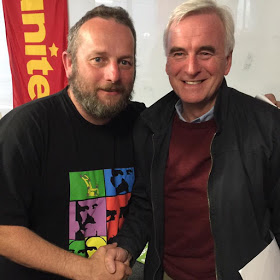 The outlawing of Zero Hours Contracts in Aotearoa this April was big news for the Left and union movement abroad, with the result that Unite union activists were invited to speak at conferences and parliaments in Ireland, Britain and the USA last month. Myself, Mike Treen, Alastair Reith and Unite president Victoria Hopgood spoke to a panel in Westminster, where the Jeremy Corbyn led Labour Party is seriously examining our campaign, both industrially and politically, of how we scored this victory. We had a very good meeting with Shadow Chancellor John Mc Donnell, where he outlined an ambitious plan to unionise millions of fast food and zero hour contract workers working with fighting unions and other left wing and socialist activists. 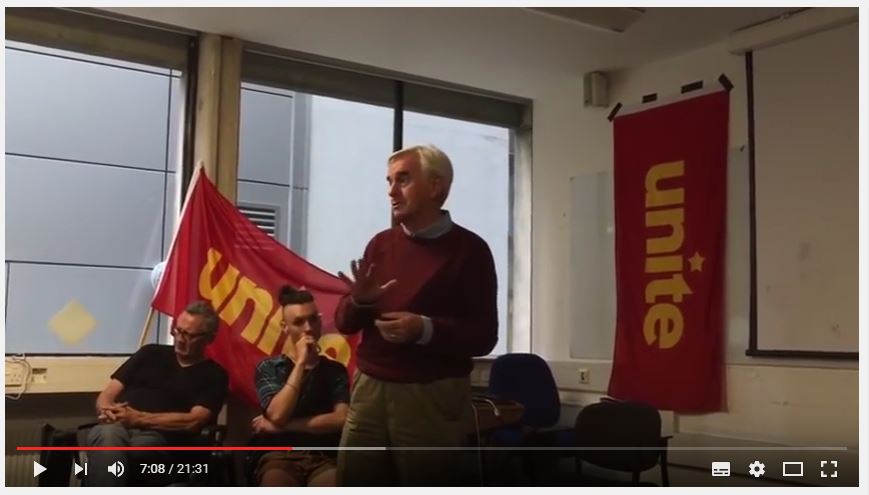 In Ireland, I spoke to a cross-party committee in the Dail, where TDs (members of parliament) and activists from Sinn Fein, the Anti-Austerity Alliance and People Before Profit considered how Irish unions could turn to the Left, in the wake of the decimation of Ireland’s neoliberal Labour Party and its replacement in many working class areas by socialist and radical MPs.

In the North of Ireland, Unite National Director Mike Treen and I were present during the Assembly elections, which saw the election of two Marxist Members of the Legislative Assembly in the heartlands of the struggle - Derry and West Belfast. Zero hours are a plague on the working poor in both parts of Ireland- it was great to see the rise of a socialist alternative to the politics of Green and Orange win representation for a working class that feels communal politics has ignored their suffering.

All of these things have led me to think of what we can learn from these experiences here.

First off, people abroad were very happy that a fighting union like Unite has successfully unionised the fast food industry and won some tangible victories there  in the USA, the SEIU union has been fighting for $15 and a Union for several years now, but now wants formal union recognition in these industries. The defeat of Zero Hours also raises new answers to the academic theorists who argue there is a new class- the Precariat, who cannot be organised. So, in this respect, many of these countries think the example of Unite in NZ is one worth repeating abroad.

But when you are abroad, you can see the advantages that the Left has in these countries as well.

Even though I have some strong disagreements with the Corbyn/McDonnell leadership of Labour on issues like the reformability of the EU, there is no doubt that the program they have to revitalise the union movement and take the fight to the Tories both inside and outside of parliament, is one that every radical should get behind. Many people in New Zealand ask the question- where is our Jeremy Corbyn? With the recent announcement on maintaining 90-day trial periods, I struggle to think it is Andrew Little. 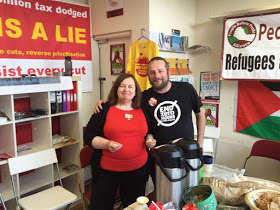 In Ireland, this went a stage further. The Irish Labour Party has been practically wiped out, after betraying the massive mandate it got from Irish workers to stop austerity- instead, it joined a right-wing coalition government and introduced brutal taxes on working people, including a hated Water Tax, which saw a massive movement explode onto the streets. Hundreds of thousands of people marched, not only mobilised by radical groups such as People Before Profit, the Anti-Austerity Alliance or Sinn Fein, but also by five large trade unions that broke from the Labour Party stranglehold on action, mobilising workers through union channels in huge numbers.

The rise of a new Left in Ireland was not an overnight occurrence Marxists made a turn away from propaganda group campus rhythms after the Battle of Seattle, instead concentrating on community activity in working class areas. In many working class areas in Ireland’s major cities, the socialist left have been active fighting attacks on working people for decades- fighting for housing, rent control, refugee and gay rights, and against Household, Bin and Water taxes. The result has been the election of dozens of councillors, 6 AAA-PBP TDs, and another dozen or so radical left independent TDs, as well as a bigger group of 30 or so Sinn Fein TDs.

One of the reasons why the Left in Ireland concentrated on community politics, was, in my mind, that any radical route in the unions was blocked by the Labour Party bureaucracy and its ideology of partnership. Gino Kenny, TD for working class Clondalkin, describes himself as a Shop Steward for his area, which has suffered severe economic deprivation. He famously flew the Palestinian flag on his election, which shows also a deep internationalism in the Irish working class with the suffering of people abroad. 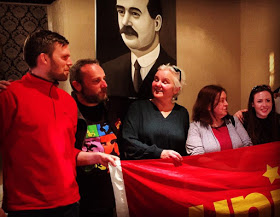 Here, in Aotearoa, with local elections coming up later this year, we start to see the same old faces and the same old tickets shuffle forward for the local boards. Interest in local and community politics is at an all time low, because very few of these tickets talk the language of the working class, or have taken a lead in the grassroots on issues like rent control and state housing. Groups like the Tamaki Housing Association in Glen Innes and the Save Our Community Coalition in Mangere have battled the effects of the housing crisis largely by themselves, with no serious support for what passes for a parliamentary Left.

Could something in the community to the left of the Labour-Greens alliance emerge from the current crisis- perhaps concentrating on a burning issue for working people like the Zero Hours Campaign began. A working title could be Housing Action or Rent Control Now? There are hundreds of activists to the left of both Labour and the Greens who could be organised by such a campaign- and we could force the issue onto the agenda.

IN the absence of a Bernie Sanders or a Jeremy Corbyn figure to pull establishment politics to the Left , that no saviour from on high delivers- maybe we do need to realise the truth of two Irish words- “Sinn Fein” -that change can only come from Ourselves Alone.