The crew at Unite Union are organising a victory party for the UK election from 2pm Friday (or earlier) when official results will start coming in. Come along and join us at Unite Union HQ, 6a Western Springs Rd, Morningside, Auckland.
Myself, Joe Carolan and two Unite Union McDonald's delegates from Unite NZ met many MP's sponsored by Unite the Union and the Bakers Union in the UK parliament when we visited last year. They were very keen to hear about our victory over zero-hour contracts and how we organise - including the right of access. Both issues are part of the Labour Party manifesto.
The future Chancellor of the Exchequer John McDonnell and myself spoke at a seminar on organising the unorganised in the UK which can be viewed here.
https://www.youtube.com/watch?v=rqN--kRC_JM
If you listen to this speech you can see why they UK establishment is in a panic over the surge in support for Labour from 28 to 38% in the polls over just the last few weeks.
Discuss the importance of this election over a few drinks. Celebrate the rise of a radical force for social change in the interests of working people in the UK. That is a victory worth celebrating.
Below is a reprint of an article for The Daily Blog that reports on the Unite trip to the UK and the meetings with John McDonnell and other Labour MP's and backgrounds the rise of Jeremy Corbyn to the leadership of the UK Labour Party. 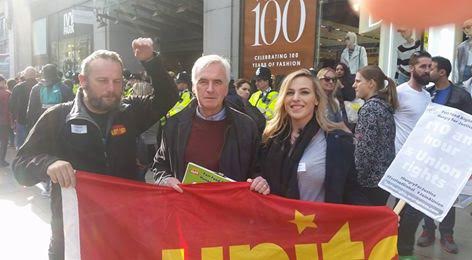 The ban on zero-hour contracts in NZ attracted real interest from the UK media and an invitation for Unite Union representatives to speak to the growing campaign against these employment agreements in that country.

A public meeting was arranged in London on May 14 where Unite representatives were able to join with UK union leaders and activists, fast food workers, campaigners against zero hour contracts, and John McDonnell, the Labour Party's Shadow Chancellor and one of the closest confidants of the new left-wing leader of the UK Labour party Jeremy Corbyn

I spoke and was joined by two McDonald's union delegates from New Zealand (Unite President Victoria Hopgood and executive member Alastair Reith) as well as Joe Carolan, senior organiser for Unite and one of the founders of the fast food campaign in New Zealand.

The international campaign to organise fast food workers in the UK has been taken up in a rather heroic fashion by the relatively small Bakers, Food and Allied Workers Union. A close bond has been forged between Unite and the Bakers Union cemented with long sessions in a local pub discussing the future of the international working class movement.

We also had separate meetings with Steve Turner, the dynamic assistant national secretary of Unite the Union which is the largest union in the UK with 1.4 million members, and several groups of Labour MP's and research staff. Turner is also the national chairperson of thePeoples Assembly Against Austerity. 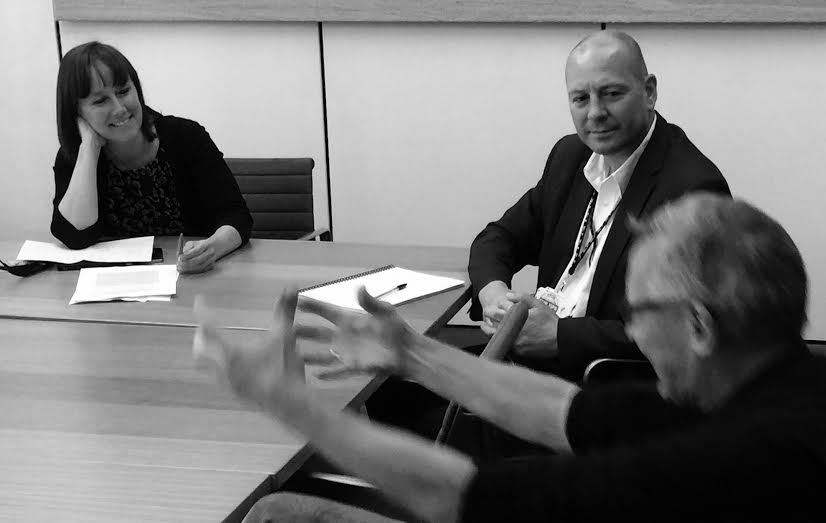 Both the Bakers Union and Unite the Union are active affiliates of the Labour Party and sponsor particular MP's who have a duty to maintain and promote the relationship with their sponsoring union. John McDonnell belongs to the Bakers Union group of MP's.

McDonnell's speech to the May 14 meeting was an impressive example of a Labour Party leader speaking as a leader of the working class movement and the steps that are needed to advance the movement as a whole rather than just the party's ambitions or hopes.

He argued strongly that the labour and social justice movements needed to prioritise the fast food campaign. This includes getting the Trade Union Congress and Labour Party to support and fund a mass action campaign. Jeremy Corbyn had already cancelled a stand sponsored by McDonald's which is to be replaced by a stand staffed by fast food workers. He explained that this was an important part of transforming the party from being an electoral machine to being a social movement. Please take the time to listen to his talk. He also gives a lovely explanation of the Labour Theory of Value developed by “Charlie Marx who lived down the corner here and used to get pissed down the road” as applied to a burger (go to 18.30).

After the meeting, we joined Top Shop workers protesting the firing of workers trying to form a union. 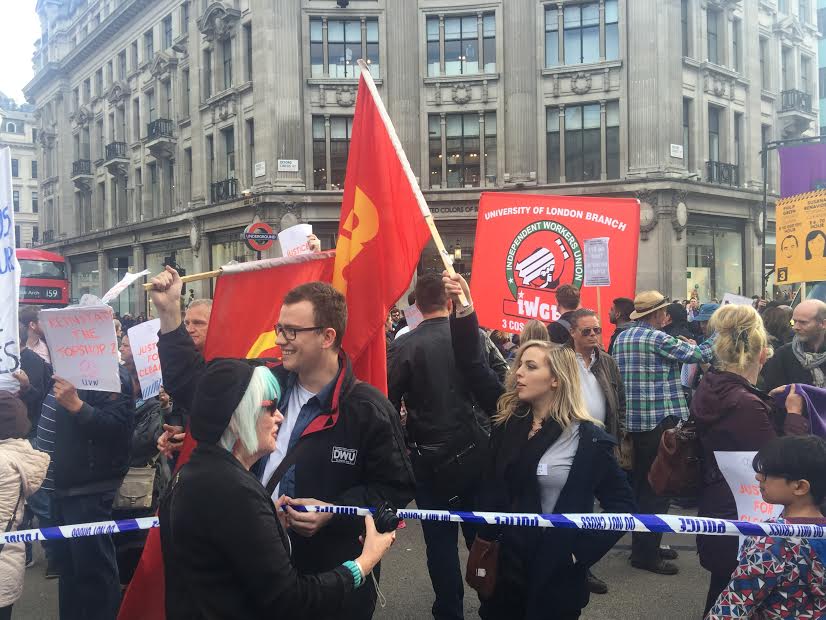 Talking to union leaders and activists it is clear that they are very keen to learn how we have been able to achieve what we did, including getting collective agreements in the fast food industry and then succeeding in the outlawing of zero hour contracts, with so few resources when Unite started organising a decade ago. In addition to determination and militancy, which are necessary but can be found if you want it anywhere workers start organising, they were interested to hear about some legal rights that have helped in New Zealand and may be able to be applied in the UK.

They were particularly keen to know more about the legal right of access for unions in the New Zealand employment law. This is different from the formal right of a worker to join a union but involves the legal right of a union to non-members about joining a union. This part of the law was a product of the 1999 coalition government between the Alliance Party and Labour which has been weakened but not removed by the National government.

The UK Labour Party was at that very moment drawing up a draft employment law that could be taken to the next election. Access may well form part of that law.

Having strong left-wing leaders of the Labour Party is an unusual phenomenon for the UK. Corbyn was elected leader with the overwhelming support of the party members but opposition from the overwhelming majority of Labour MPs. This is a contradiction that cannot last indefinitely.

When Tony Blair became leader of the Labour Party in 1994 and then Prime Minister from 1997 to 2007 he took the party to the right politically and lied to the British people to support the US-led wars against Iraq. He also filled the parliamentary benches with middle class, opportunistic careerists rather than working class leaders or fighters.

Labour's support at the polls steadily declines as working class voters were alienated from the smarmy toffs running the party.

In 2015 a new system of one person one vote was used for elections instead of the previous electoral college which was made up of one-third each MP's, Members, and affiliates. Now anyone could vote who was a member or registered supporter of the party. Candidates still needed 15% of MP's to nominate. 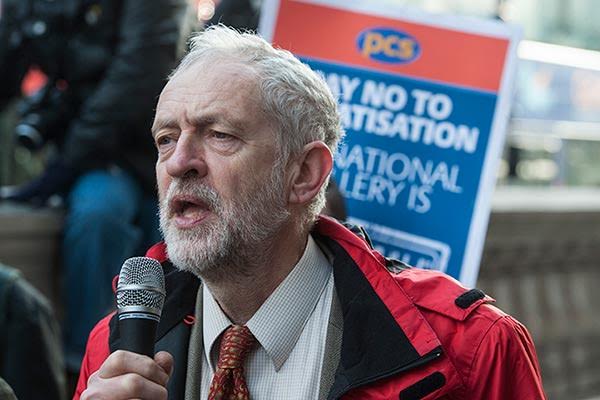 Corbyn stood as the token left candidate because he explained "Well, Diane and John have done it before, so it was my turn." Asked if he had taken some persuading, he replied: "Yeah. I have never held any appointed office, so in that sense it's unusual, but if I can promote some causes and debate by doing this, then good. That's why I'm doing it."

Corbyn only got the 35 MP's he needed with the nominations of a few MP's who were doing it so that at least one token left-winger would be standing and the left activists at the base wouldn't be too alienated from the process.

When the election was called the completely unexpected happened. It was as if the working class of the UK had said: “We are sick of you poseurs running our party – we want it back – and Corbyn is our man”. Tens of thousands of working people joined or registered to vote.

Corbyn won in a landslide with over 60% of the vote. That has not stopped Blairite MP's deliberately trying to sabotage his leadership. It seems clear that for many of them losing a general election would be preferable to winning under Corbyn's leadership.

The media has been frenetic in trying to ridicule Corbyn for any possible manufactured discretion. But all to no avail as polls today indicate he would win the party leadership by an even larger margin if another election was held. 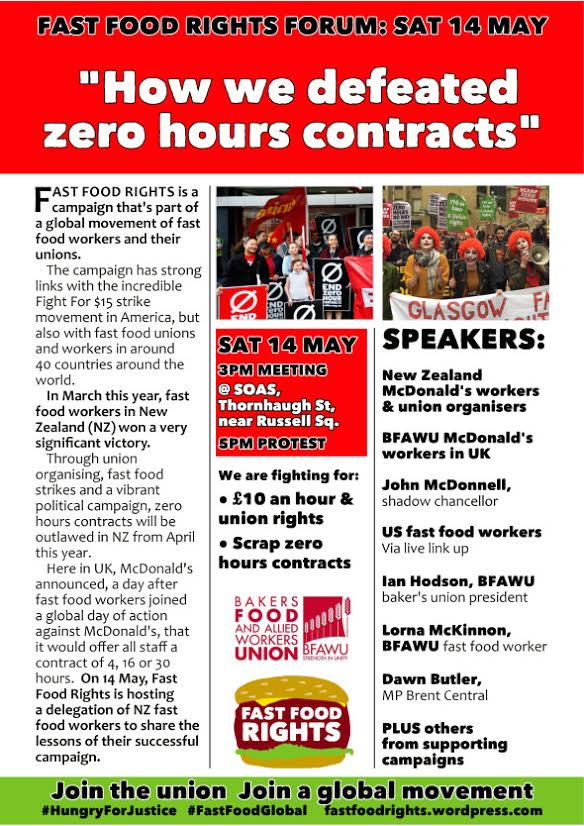 The media and the right within the party have been running the line that although he can win the party leadership he could not win a general election.

In the May 5 local council elections, Labour was predicted to lose 200 or more seats. In fact, the held on to the relatively high vote Labour received in 2012 when the Conservative government elected in 2010 was very unpopular and Labour leader Ed Miliband was at a high point in his popularity.

Meanwhile, the Conservative Party is tearing itself apart over whether to leave the European Union. It is possible the country will vote to leave. In those circumstances. it seems unlikely that David Cameron could continue as leader of the Tory party. A Tory implosion could well lead to a new election earlier than the year 2020 currently scheduled.

Many trade union leaders and Labour Party MPs in the UK are eying this possibility and looking at the type of policy that will be needed to allow workers to regain power that they lost during the years of Tory and Blairite Labour governments.

My own advice on this issue is the same as we are giving to the possible Labour-Green coalition in New Zealand. We need laws that give workers power, that allow workers to organise, that give them a real choice to join a union and a collective agreement when they get a job, that gives unions power to force employers into multi-employer collective agreements when desired. We need to have faith that working people, given the tools they need, which include fighting unions and parties, can rebuild their power so that they, as the big majority of society, can start to call the shots. That's called democracy.