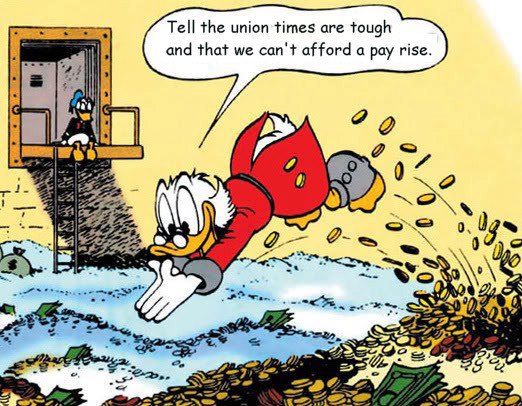 Assertions by the Finance Minister about inequality are not borne out by the facts, the CTU said today.

Yet an analysis by the CTU on the incomes of those at the very highest shows that rather than falling, it is skyrocketing.  Income data recently released by Inland Revenue shows that in the two years to March 2013 (the latest available data) shows a sharp rise in inequality due to rapid rises in high incomes.“ The average income of the top 1% has risen steeply since 2011,” said CTU Secretary Sam Huggard.

“How this can be described as ‘flat or falling’ beggars belief.”

“Unions will continue to push for a more equal society and lifting wages is the single most effective way to achieve this.”

“Across the country workers will be making their case for a decent payrise this year. They are due for a catch-up after several years of low increases which were below what the economy can afford.  That is especially true for workers such as those in health care whose pay went up by only 0.7% on average in the last year,” Huggard said.