As part of the ongoing breakdown in relationships between Talley’s AFFCO and their staff, yesterday they stood down five staff for wearing a campaign t-shirt which Talley’s AFFCO has said resembles gang insignia. 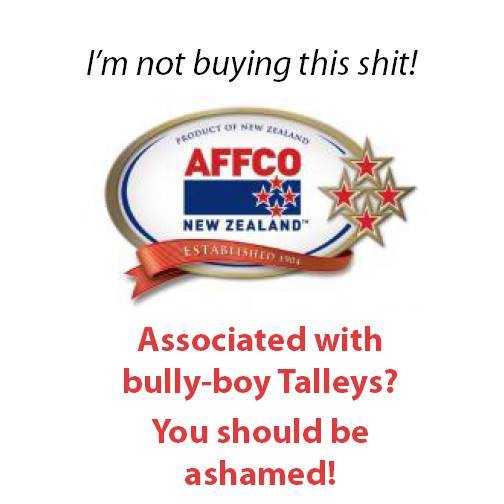 The front of the t-shirt reads ‘Jobs that count’ and the back says ‘MWU – Meat Workers Union – Workmates Whanau Community www.jobsthatcount.org.nz ‘. Their t-shirts were visible only arriving and leaving work while the staff are working they wear a supplied uniform.

CTU President Richard Wagstaff said “Things are going from bad to worse. These working people need to be able to plan their lives and this dispute boils down to that. They want to know when they’ll be working so that they can look after their families.”

“Good employers in New Zealand know that if you treat the people that work for you with respect and dignity you’ll reap the rewards.”

“Talley’s AFFCO have such an old fashioned attitude – they need to get with the 21st century!” said Wagstaff.