The 90-day trial is infamous among workers and prized by employers but remains misunderstood by most and often mishandled.

The trial period gives employers the power to sack workers without the burden of justification, or the risk of an employee kicking up a legal stink. 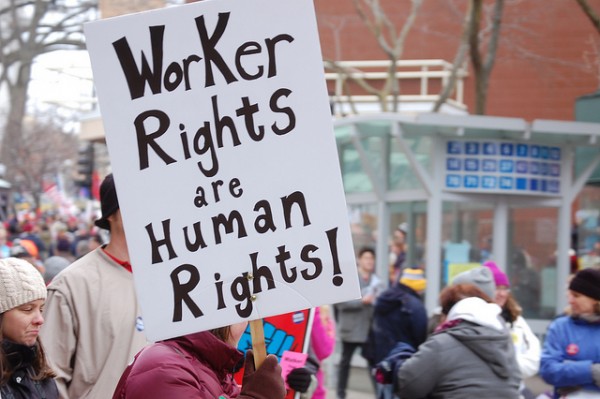 Employers can give someone the boot without following any sort of disciplinary or investigative process if they do it within three months. If fair process is skipped under normal conditions, sacked workers can raise a personal grievance (legal complaint) for unfair dismissal – no such protection exists under the trial regime unless it evidently involves discrimination or sexual harassment.

Tens of thousands of workers, mostly young, are fired every year as a result of the law, but many of them don’t realise that there is a good chance their boss mucked up. If you happen to be one of those unlucky workers there is a good chance your employer did not meet their statutory requirements when they gave you the flick.

For a trial period to be legit it must be included in a written employment agreement, which must also be signed by both parties before the employee’s work commences. Even if the contract is provided during your very first day, it’s too late – the trial is invalid.

A big chunk of employers, mostly small business owners, stuff this up and either never get around to providing a contract or are quite relaxed about when it gets signed. I routinely curse aloud at the number of times I encounter workers who were never given a contract.

If you end up on the nasty end of a trial period and your employer mishandled the situation like I just mentioned then you can most certainly raise a grievance – and I encourage you to do so. It’s probably evident that I am not a fan of the trial period legislation, so if there is any opportunity to hold employers accountable for mishandling the law I urge workers to seize it. Make sure they give you a written notice of dismissal too.

The law is open to abuse and allows for employers to sack workers for the most trivial of reasons. It essentially legalizes unfair dismissal. In one incident a coffee cart worker was sacked for calling in sick, in another a bartender was axed for not smiling. I am currently assisting a young man who was told he was not making it past his trial because he is diabetic – true story. There are hundreds more stories like this.

That is not to say trial periods aren’t used responsibly by some employers, however, the law totally relies on the ethical maturity of management and I’m sorry, but history shows that whenever someone has extreme power – 9/10 times they use it. I have little confidence in management to use such a law cautiously and responsibly. My lack of faith is not purely ideological but founded in real experience helping many young workers who have been tossed out with the trash because they “didn’t fit in”. I’m not the only one who can tell these stories. The lovely folk over at the Hamilton Community Law Centre deal with a trial period dismissal weekly.

The law is, unsurprisingly, voraciously popular among employers, especially in low-waged industries like fast food and hospitality which already carry a dodgy reputation when it comes to workers’ welfare. It’s been sold to the public as a necessary tool for getting rid of undesirables or workers who don’t ‘mesh’ with the company, so others can be given an opportunity. The argument is that if employers take a chance on someone who turns out to be a terrible worker they can trim the fat without worrying about time-consuming processes.

The obvious counter to this is that in the majority of circumstances a robust hiring process will filter out applicants who don’t meet the requirements. The trial just allows employers to be lazy with their hiring practices. They no longer have to try very hard to secure the best candidate because they have their get out of jail free card. This is more of a jab at the policymakers than employers, but there is nothing stopping companies from improving their hiring practices.

In fact, I would argue that using a thorough hiring process will actually increase productivity for companies. Use a range of tools to assess candidate suitability like a second interview, role-plays or simulations, written tests, and an interview panel. The companies that do this might find they have more efficient and loyal staff, not to mention decreased training costs since they don’t have to bring on inexperienced labour every time they fire someone. It’s not rocket science.

Publically the message is about employers having the right to get rid of no-hopers and this seems to resonate with a lot of people. But politically the trial period is a misguided attempt at lowering unemployment. Our government is stringently following outdated neoclassical economics and a set of OECD recommendations that have taken a critical lashing by many economists. In the 1990s, the OECD told everyone they needed to loosen up their hiring and firing laws if they wanted to curb rising unemployment. Yet there is very little evidence that suggests laws like the 90-day trial have had much of a positive effect on unemployment and have done even less to improve employment rates. With minimal effect on labour market participation but a significant effect on worker livelihood, I can’t see a place for the 90 day trial in New Zealand.

Tony Stevens is a social activist who advocates for the rights of young workers. He recently lost his only brother to a malfunctioning mental health system and is desperate for change.