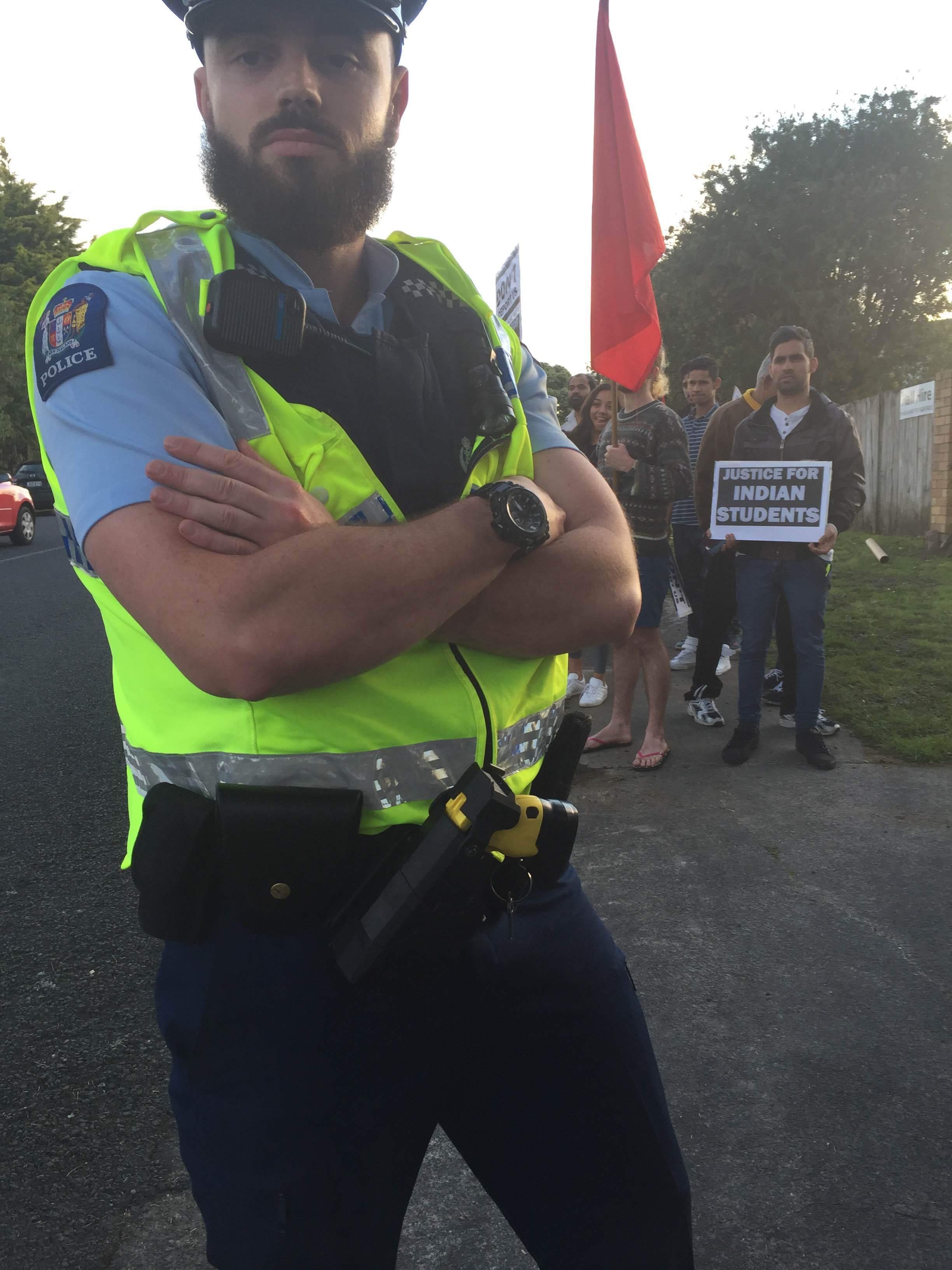 The decision to deploy Police armed with Tasers against vulnerable Migrant Workers and students last night, and to physically bar migrants from what was billed as a public meeting with National 's "Indian community" MP,  tells you everything you need to know about their true nature behind the liberal show.  The "go back home to where you came from" comments from the rich old white Nats might have been a dead giveaway, however.

Rachel Mackintosh, Vice President of the NZ Council of Trade Unions, asks the commanding officer why the protocol not to deploy Taser weapons on democratic political demonstrations has been broken tonight.  His answer- "don't care. Not my problem, it's yours- make a complaint ". 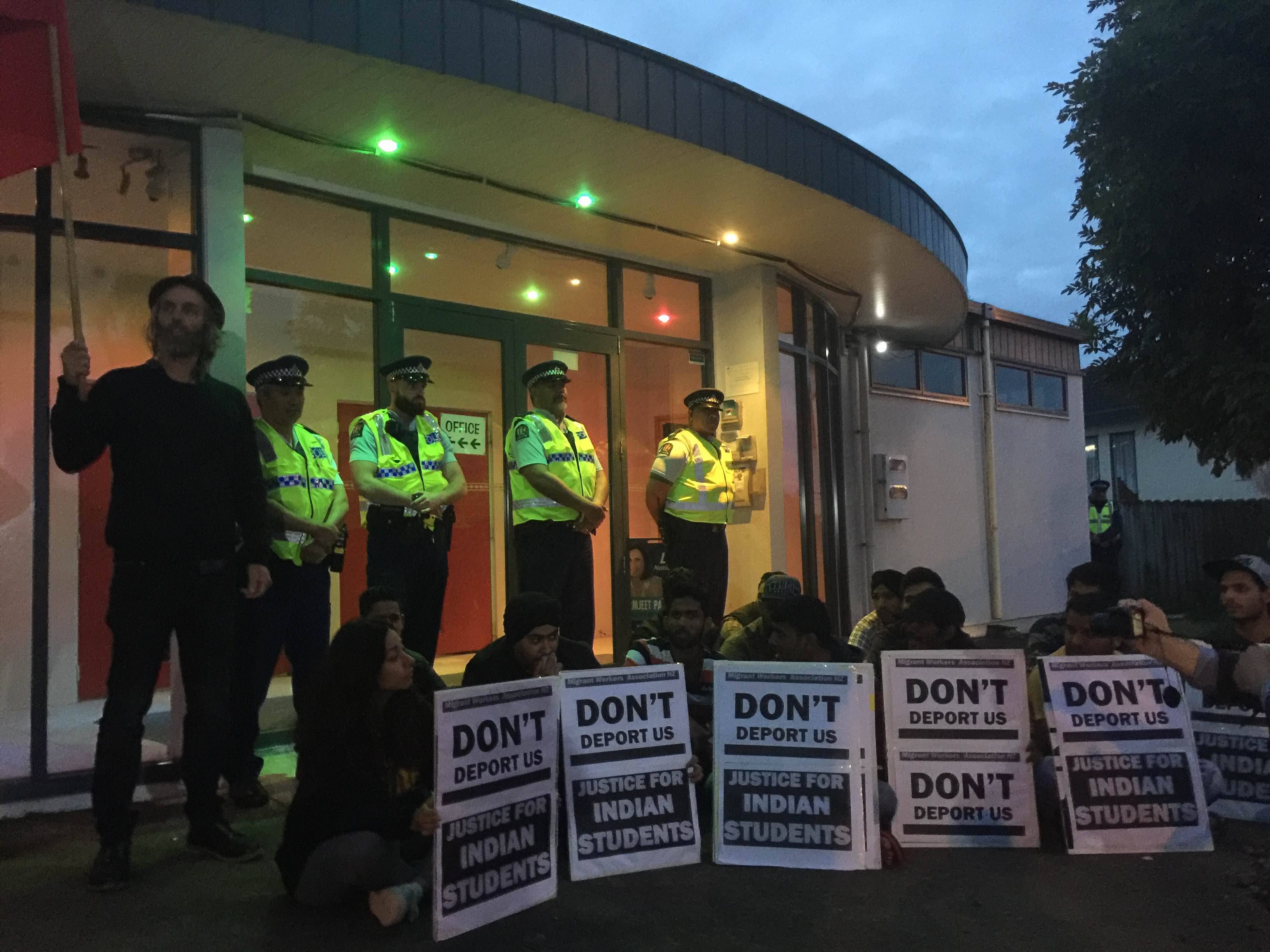 The government is refusing to meet a delegation of community and religious leaders to appeal against their inhumane decision.

Meanwhile, the class contempt for the students by one of the one of the National MP's of Indian origin Kanwaljit Singh Bakshi was on full display when he compared the decision to expel the students to sending back a faulty fridge.

Class and caste contempt was on show in Lynfield last night.  But also, poignantly, a spirit of the righteous resistance of the Civil Rights movement and the growing anger of exploited, working class Indian Migrants rediscovering traditions of organisation - Inquilab Zindabad!