For the Left, more of the same won't cut it

For the Left, more of the same won't cut it

Andrew Dean, a Rhodes Scholar at the University of Oxford, wrote Ruth, Roger and Me: Debts and Legacies (Bridget Williams, 2015). He has a PhD in English Literature and will be teaching modern literature in Oxford from October.

OPINION: Over the last year, Left politics has been transforming across the world. This has especially been the case in Britain.
Running on a platform of strong economic redistribution and state intervention, Jeremy Corbyn's Labour Party has inspired activists and voters alike.
From an almost 20-point deficit at the start of the election campaign in April 2017, the party ended up running the Conservatives remarkably close on June 8. Polls now suggest that if the election were to be held today, Labour may win. 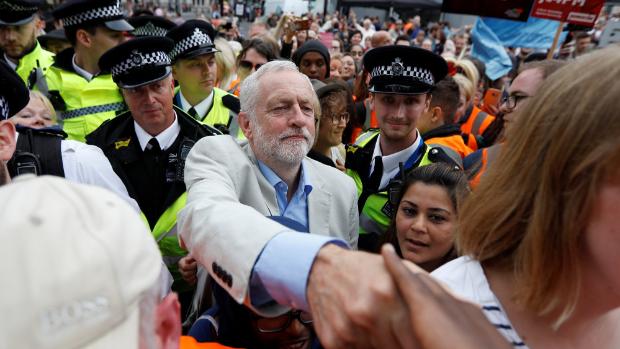 The Corbyn phenomenon is part of the wider delegitimisation of the so-called "Third Way". It has been a year in which Centre-Left politics globally has been defeated by establishment parties and newcomers to both the Left and the Right.

In retrospect, the June 2016 EU referendum in Britain and Hillary Clinton's November 2016 loss to Donald Trump, both appear to be decisive moments. The Centre no longer holds.
Parties of the Centre-Left in New Zealand, however, have doubled down on business-as-usual politics. The "budget responsibility rules," signed by both Labour and the Greens, would require that a coalition government keep spending "within the recent historical range of spending to GDP ratio" – with "recent" here meaning the last 20 years.  Such a government would operate a surplus and reduce debt.
Through this gesture, voters are being shown that under a Labour-Green government, they would get more of the same.
In my view, the budget responsibility rules are a serious mistake. At the very least, they are unlikely to convince voters. They reflect electoral strategies from the 1990s and 2000s, in which Centre-Left parties shied away from criticising the contemporary arrangement of capitalism.
It was imagined then that electoral success lay with winning over a "middle ground" of voters who didn't want to rock the boat too much. It is decreasingly clear, however, either that there is such a middle ground to appeal to, or that most people are truly satisfied with things as they are.
A recent survey out of Ipsos shows that disenchantment is at remarkably high levels in New Zealand. As Henry Cooke reports, according to this survey, 56 per cent of New Zealanders think that traditional parties and politicians don't care about people like them. Sixty-four per cent think the economy is rigged to the advantage of the rich and powerful.
In environments of high dissatisfaction, the middle ground contains fewer and fewer voters – and winning it will come at the cost of alienating many.
Even on their own terms, though, the budget responsibility rules are misguided. They commit our two largest Left parties to continuing policies that have resulted in such dissatisfaction. The running down of public infrastructure – schools, healthcare, state housing, public transport, tertiary education, and so on – that has occurred over decades of restricted government spending, is of course very much central to this.
Those who are unhappy with the political system know what restricted budgets look like: lack of state houses; long waiting lists for services of all kinds; stratified and increasingly segregated schools; welfare and tax credit cuts. It means it is hard to make rent and get food on the table.
Promising not to change things too much is not an inspirational message for the political Left to be running. In short, there are two ways that the standards of living for poorer New Zealanders could improve: increasing incomes as against expenses, or increasing government transfers from rich to poor (either in cash or in kind).
By limiting spending, and without proposed tax changes upfront, the rules effectively mean that a Labour-Green government would not use the second of these avenues.
That leaves only the option of increasing wages at the bottom end, which it would attempt through an increased minimum wage and changed industrial relations policy. These are limited solutions.
Through their own policy commitments, our two main Left political parties have cut themselves off from any analysis which would explain to its potential voters why they are where they are, and what could be done about it – the very things that have seen a political movement mobilise behind Corbyn. 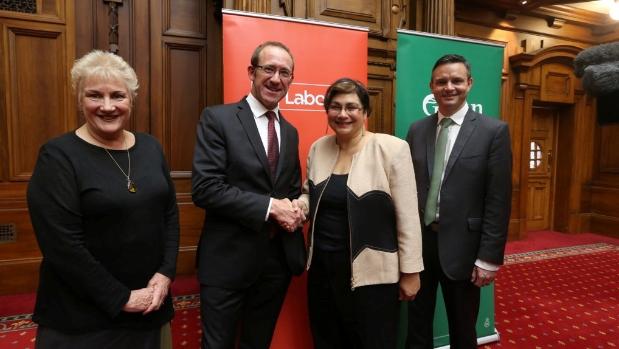 Labour and the Greens announced a historic agreement in an effort to roll the Government at this year's election, but their budget responsibility rules are misguided says Andrew Dean
A bolder Left party would make the following argument: wealthy households and companies are taking an increased proportion of national production, and have been doing so for decades. The idealised economic model which has driven this – that "free" markets are the most efficient, and therefore best – has failed on multiple levels, not the least of which is fact.
The concentration of wealth that we have seen has meant that political power has become further concentrated in the hands of the wealthy, stifling political change. Recognising all of this, this party's policies are united by the grand vision of ensuring everyone has a fairer share of the nation's economic production and political power.
In the absence of such an analysis, though, immigration has become the target. This has been especially true of Labour, which has sought to connect all variety of social ills to recent arrivals.
What if it turns out that the reason you can't get a well-paid job is not because the bosses are becoming ever wealthier, but because you're competing with immigrants who will do the same job but for less?
What if the reason your children can't go to a desirable school isn't because of restricted education funding, but because of all those foreigners filling up places?
What if the housing market is exploding out of control not because of property speculators, but because of all those people with Chinese-sounding names buying up the houses?
This kind of thinking has an intuitive logic, even if, of course, it doesn't stand the slightest test.
In the place of budget responsibility rules and attacks on immigration, Labour and the Greens could make the case for an increased redistributive role for the government.
Rather than seeking to arbitrate between partisan tribes – constituencies in decline – they could try to give leadership to those who imagine themselves to be lonely and lost.
Through developing their own narratives, they could present their members and potential voters with a clear analysis and a determinate vision: that would be something worth getting out on to the street for.
In doing so, they would create, as well as reflect, their own coalitions. And – who knows – they might even win.
Do you like this post?
Tweet