2018 will see Unite Union campaigning to rewrite all new collective agreements to ensure that all workers benefit from the planned increase in the minimum wage to $20 an hour by April 1, 2021. 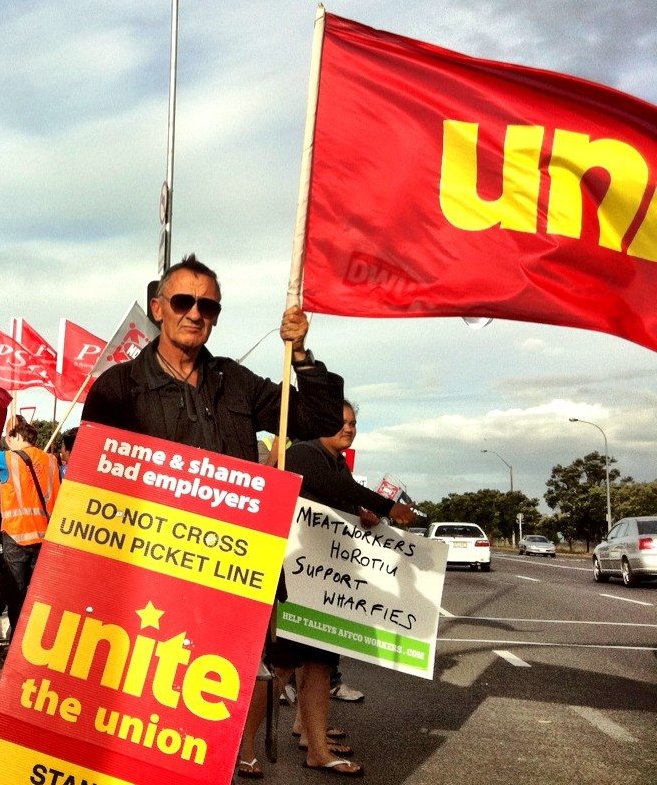 Unions must immediately set themselves the target of having all union contracts starting on least the living wage by 2021. We should also ensure that any government elected in 2020 is committed to continue increasing the minimum wage to 66% of the average wage – a goal that the union movement has supported for years and that the Labour and Green Parties have given some formal recognition to.

Many workers will benefit by the minimum wage movement. The security industry, has been turned into a minimum wage industry with very little recognition of skill and service as workers were caught between a rising minimum wage and a contracting out model that drove wages toward the legal minimum and no more. For example, the guards we see outside the WINZ offices are usually on the minimum wage when they are often very well trained and have years of service. The government has also promised to quickly make all directly employed staff on at least the living wage and in time, contract staff as well. This could have a good impact in industries like security in terms of lifting the base rates at least.

Where we have had some strength, we negotiated pay increases that included the minimum wage “plus”. At the most recent collective agreement negotiations with McDonald’s they agreed to increase the start rate by 10 cents above the minimum wage for each of the three years from 2017 to 2019. With only a $1 minimum wage increase on 1 April 2019, the start rate should be $17.80 for new entrants. With another $2.50 scheduled in minimum wage increases over 2020 and 2021, and if we are able to at least continue that 10 cent margin each year for the next two years in any new agreement, the start rate will rise to $20.50 only $1 an hour less than the estimated living wage number.

Closing that gap must be the goal of Unite when the contract comes up for renegotiation.

The starting rates in many agreements are tied to minimum wage increases.

But where unions are not strong, like security, this has resulted in the loss of margins for skill and service.

In case anyone thinks I am pointing the finger elsewhere, this has been true for some collective agreements negotiated by Unite as well. It is certainly true in the cinema and fast food industries which Unite has negotiated agreements for over the last 10-15 years. We often fought for the recognition of skill and service with steps above the minimum wage in our first agreements but the dollar value of these has often stagnated over the years rather than increasing in the same percentage terms as the minimum wage.

Restoring margins for skill and service will be one of the battle cries from 2018.

Another must be the reestablishment of overtime rates for work over 8 hours a day or 40 hours a week. Most other advanced capitalist country have overtime for excessive hours – even workers in the US have this right.

And we have one more battle to win around security of hours. First, we won a fight against zero hour contracts. This year we moved forward to ensure most workers have 100% guaranteed hours from week to week. But some companies are trying to slip out of this as well. But we need to move forward to the right to full-time work as an option in all workplaces rather than having companies rely on most of their staff only having access to part-time hours.

These are big challenges.

The minimum wage rise will be resisted by employers as a consequence. Any increase in unemployment that may have resulted from one of a dozen other reasons will be blamed on this.

Employers will get more and more creative about how they can get more unpaid work out of people. We already have some employers doing staff meetings before work and claiming they are unpaid because they are “voluntary”. Using and abusing more vulnerable workers like migrants hoping to get permanent residence will be continued.

Capitalists have been relatively successful at that. A study by CTU economist Bill Rosenberg found that rates just above the minimum wage have not been increasing at the same rate as those on the minimum wage for some years. This actually creates problems in the labour “market” for maintaining the incentive to remain in a job and to upskill. There is truth in the complaints by employers that they can’t get the skilled labour they need because they have compressed wages so much there is little incentive to gain the skills. There actually needs to be a periodic “shortage” of skilled labour for the labour market to restore the margins for skills so workers will make the investment in time and money to upskill.

Bosses have used the large importation of migrant labour to get around this problem in recent years. The dependent migrant workers were often willing to do skilled work for less than workers with full rights because they desperately wanted to be able to transition to permanent residence. Giving all workers the same rights as residents with the right to change jobs would eliminate this dependency and give them similar bargaining power to get the full value of their labour power.

Capitalism exists as a system of profit extraction. Profit comes from the surplus gained between what a capitalist pays a worker and what they are able to sell the products of their labour for. Reducing the value of labour power directly through wage cuts or wage theft, or indirectly by raising the intensity of work, will continue and be resisted. That is the class struggle. That struggle will continue until we have got rid of this archaic system and founded one based on solidarity and equality.

Until then, the battle continues. But people who claim to speak for working people, union leaders or political parties, need to be much more ambitious. With that in mind, I will be discussing with my colleagues in the new year a plan for Unite in 2018 to: