Letter to the Editor of the ODT by Olive McRae, Unite Organiser, Dunedin

Dear editor,
While it may be news to the general public that David Cannon is a fast thinking health and safety know-how employee at Roslyn KFC, what the public may not know is that Mr Cannon is also a very strong delegate for Unite Union and dedicates a fair amount of time making sure that work conditions are safe and fair for all. Unite are very proud of Mr Cannon, everyday, including days that he goes that extra mile for safety of not only his work mates, but the public as well.

KFC Roslyn team member Dave Cannon said he went to the restaurant for a meal before his night shift started.

He had just finished his burger about 2.30pm, when he saw a commuter bus travelling down  Stuart St towards Taieri Rd with "flames spewing out the back" and leaving a 200m oil trail behind it.

The fire was burning in the engine at the rear of the Go Bus Transport vehicle. 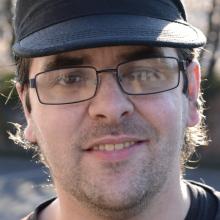 Mr Cannon grabbed a large fire extinguisher and doused the blaze in the bus, which had stopped.

An ambulance attended and a man and a woman were assessed by St John staff for smoke inhalation, he said.

A passenger on the bus, Vickie Hogg,  said she inhaled smoke and was assessed by St John staff.

"I was sitting in the middle of the bus but I was the last one out because I didn’t know what was happening and then it was  whoosh,  there was smoke through the bus."

St John spokesman Ian Henderson said two patients were assessed and both declined an offer to be transported to Dunedin Hospital for treatment.

Roslyn Fire Station officer Michael Harrison said when crew arrived the fire had been extinguished by KFC staff but there was "smouldering debris" in the engine bay.

The large amount of oil spilt  required a section of one lane of Stuart St to be closed.

Contractors had planned to remove the grit last night, he said.

Otago Regional Council support services manager Gerard Collings said it was concerning when "something bursts into flames" but he declined to comment on the cause of the fire.

The bus driver would report to the council on the incident in the coming days.