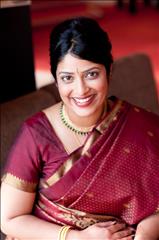 Restaurant workers paid less than $4 an hour; workers’ passports held by their employer and only returned when the media gets involved; migrant workers who work 70 hours a week but are paid only for 30 hours.

Those were just some of the stories discussed at a seminar on Indian migrant worker exploitation at which I was a speaker.

Organised by First Union and supported by the Union Network of Migrants (UNEMIG), the seminar was attended by about 30 union delegates of Indian origin.

The newly formed Indian Migrant Worker’s Association (IMWA) was also formally launched that day. IMWA will work alongside UNEMIG to support and represent Indian migrant workers who find themselves victims of workplace exploitation.

For some time now, I have strongly believed that migrant worker exploitation is much more common in New Zealand than many realise.

I have spoken to and supported victims, met with researchers and read about migrant worker exploitation.

Like many, I have followed media reports about high profile exploitation cases like the Masala (Restaurant chain) saga.

Masala workers were paid as little as $2 an hour and the 17 companies that owned the Masala Restaurants chain, under-reported earnings to evade paying more than $7.4 million in tax.

According to Immigration New Zealand (INZ), one victim worked 66 hours a week for three months at Masala Takapuna and was paid $3 an hour.

In addition, the worker was also expected to clean the house of one of the offenders.

It is difficult to determine the extent of migrant worker exploitation in New Zealand.

However, there is significant anecdotal evidence and some research showing that it exists and can be quite severe.

Of course, it is not an issue that affects Indian migrants alone.

A 2015 report by the Ministry of Business, Innovation and Employment found that some migrants – largely from the Philippines – are being exploited in the Canterbury construction industry. Many did not even have employment contracts.

Migrants most vulnerable to exploitation are those who are in debt, do not speak English well and come from countries where employment standards are not high.

The study had a sample size of nearly 900 people who were international students, working holidaymakers and work visa holders.

Debt was specified as an issue for 40% of Indian and Filipino temporary migrants.

According to the study, one in five temporary migrants reported that they were being paid below the minimum wage or were working and were paid less than the number of hours worked.

The study also showed that debt is an issue for many international students and that they rely on employment for sustenance. Debt patterns are important because temporary migrants with significant debt levels are particularly vulnerable to exploitation.

The study called for a ‘more humane and less revenue-centred approach’ to migration to address these emerging issues. That is exactly what we need. As a nation, if we open our doors to migrants we must make sure that we treat them well.

Export education contributes $2.8 billion to New Zealand’s economy. While that is significant, economic gain should never stand in the way of government action to protect human rights.

Migrant worker exploitation is a gross breach of human rights and has been likened to slavery by many victims. It undermines businesses that are operating legitimately, traps its victims in a cycle of fear and poverty and must be stopped. The government has a significant role to play in ending workplace exploitation.

As Indian New Zealanders, we can also do our bit to help by educating new migrants of their rights and speaking up against laws that erode worker’s rights.

As the great granddaughter of a union organiser and as a union member who has benefitted greatly, I strongly encourage union membership.

Let us do our bit to support those who tirelessly fight for worker’s rights and work hard to end exploitation.

For membership and further information, please contact UNEMIG on 0800-863477; Email:unemig@firstunion.org.nz