I reported on The Daily Blog last month of cases Unite had brought against major employers whom we had accused of stealing holiday pay from their staff.

Last week MBIE, the government agency responsible for enforcing legal minimum standards like the Holidays Act, reported that they were guilty of similar unlawful practices with their own staff and a many were due for a back payment. 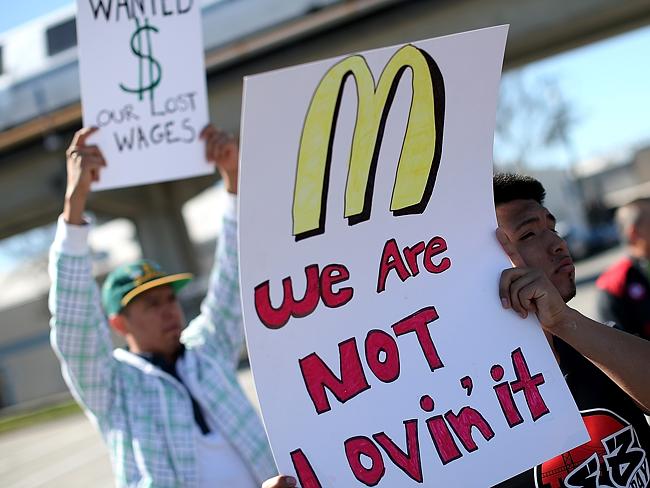 TV1’s Corin Dann did a series of reports effectively highlighting the issue. See:

Do you think you’ve been short-changed in your holiday pay? Here’s some help

The problem essentially relates to staff who work irregular hours. The law provides for a protection to ensure workers are getting their holidays paid out at their current rate of pay and hours being worked.

We discovered a bit over a year ago that most employers we dealt with, and the payroll systems they used, were not doing the necessary calculations for this.

Attempts have been made to beat up the story to claim that the issue is very complicated. But that is not the case at all.

This allows holiday pay to capture the fact that you may be working longer hours in the period just before taking leave and that should be the basis for the holiday pay calculation.

A simple example can make this clearer. I may start work for someone in a part time position of 15 hours a week. Later on I work 30 hours regularly. If I take a weeks’ leave I should be paid 30 hours for the week – not the average for the year which may be 20.

We discovered one security company doing this and that accepted they had got it wrong and paid $17,000 in back pay to staff once they recalculated their entitlements.

We wrote to MBIE asking for their interpretation of the issue a year ago.

We wrote to all the fast food employers asking them to check their systems. They all wrote back claiming they were doing the right thing.

We knew that was not true and have been collecting information from members in the expectation we would need to do legal cases to force the issue.

We selected one of the biggest to make an example of.

Following the MBIE revelations last week, that company has now assured us that they are doing comprehensive audit to fix all problems that may be identified and will keep us informed about progress.

Other companies remain in denial, but there will be no escape from our determination to make them pay. We hope MBIE will be an ally in this. The law is the law.

We have drafted the following letter that will be sent to all employers we believe are cheating on annual leave.

Hi ……………,
We would like to have your company’s assurance that they will deal with the issue of its legal duty to check if staff are getting the correct holiday pay.

MBIE have recently identified an issue where there has been a widespread failure to comply with the law in both the private and state sectors.

It is common for staff’s hours to vary greatly during a year. It is also common for weekly hours to be longer at the end of a year’s employment rather than at the beginning.

Often companies do not even differentiate between the hours of accrued annual leave and the annual leave as an entitlement which exists from the anniversary date of staff’s employment.
We are also concerned annual leave is being used to top up staff’s meagre wages from week to week, or to make up wages when their rostered hours are below what they were expecting.

This is often the result of staff having insecure and irregular hours from week to week.

This practice will result, and does result, in staff not having proper annual leave as a genuine holiday of up to four weeks because they simply use up the hours during the year.

It is also possible that companies are in breach of the lawful requirement not to cash up more than a week’s annual leave.

It is probably that companies are not monitoring the actual annual leave being taken and ensuring that at least two-weeks leave is able to be taken uninterrupted.

We need an assurance that your will recalculate all annual leave payments since the Holiday’s Act was introduced and adjust any underpayments as required.

I don’t know if MBIE discovered the error as a result of our communications with them, or the fact we went public a month ago, or entirely independently. What I do know is that as a Union we are enormously relieved that we probably don’t have to have drawn out expensive legal cases to get the bosses to obey the law.

With the end of zero hours, and the probably win over the holiday calculations, last week was a good week many workers.

Our bargaining teams in negotiations that are coming up are confident that major improvements can be won around secure hours.

It is probable that tens of millions of dollars will be owed in back pay to possible hundreds of thousands of workers.

We need to ensure there is not attempt by the bosses to get this government to legalise their theft in any way with the argument that it is all to complicated. The calculation we are talking bout does not need sophisticated software. An Excel spreadsheet could do the job.

The bosses stole it from the workers. They should pay every cent back!