An electoral earthquake is coming in the UK. If you are around next Friday night we are having a few drinks to celebrate at the Unite Union office in Auckland. Come along from 2pm and we will broadcast the results on a big screen.

The Jeremy Corbyn lead Labour Party has gone from 28% to 38% in the polls in a few weeks. They are now just three points behind in one of the most recent. This happened as soon as certain electoral rules kicked in for the media to start treating each party in a fairer way. 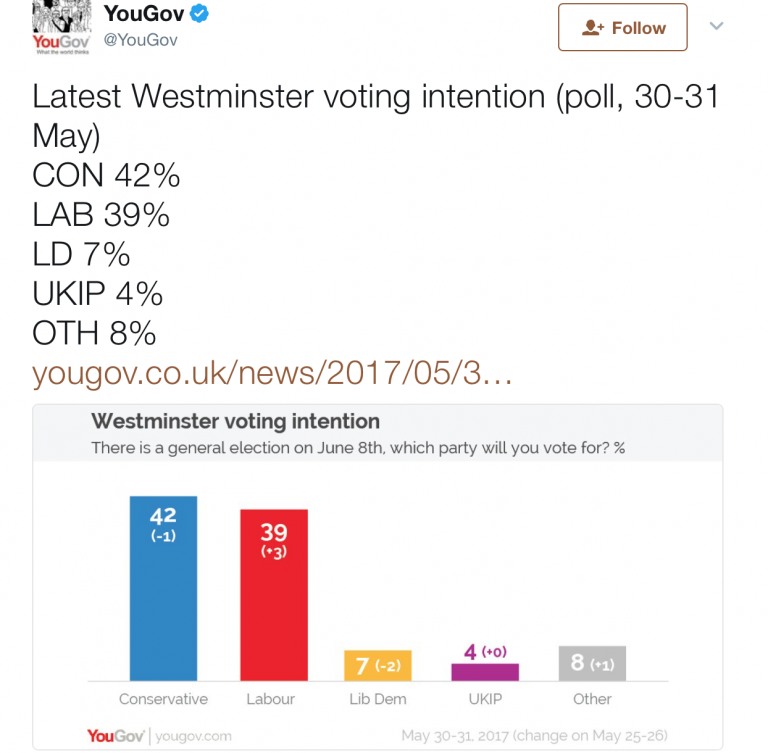 As soon as people had an opportunity to see and hear Corbyn, his left wing message of change “For the many, not the few” resonated broadly.

The most left-wing manifesto in decades has been greeted with enthusiasm.

The British Conservative Party campaign has been a train wreck. Their leader Theresa May comes across as an uncaring Toff – which she is. Their policies are seen as catering only to the rich and powerful – which they are.

The attacks on Corbyn have no descended into the gutter of trying to link him with the recent terrorist attack and past associations with the Irish Republican Army. This is particularly hideous given that the Conservative Party government has been working to empower the Libyan jihadi groups for years and has been complicit in loyalist terrorism in Northern Ireland.

If Corbyn wins, he is likely to face a rebellion from some of his own MP’s. The hangover from the days when Tony Blair lead the party and the country into war and austerity on a Tory agenda are still strong. It is probable that they would rather split the party than allow a left-wing programme to be implemented. Corbyn and his allies have not had the time they need to make the Party fit fo the purpose of radical transformation. But and electoral victory, or even a narrow defeat, will strengthen the hands of the genuine left to retake the party and turn it into a genuine instrument to advance the interests of UK working class – to become a genuine “Labour” Party.

The New Zealand Labour Party can look at this election campaign and realise that policies count and left wing policies are popular when articulated in a manner that speaks to the concerns of the majority.