By Gary Cranston, Unite organiser and participant in the COP21 climate summit in Paris

We’re halfway through COP21 now and on Saturday morning, the People’s Climate Summit got underway in Montreuil, a lively working-class town just outside the East of Paris.

Hundreds of stalls, events, workshops, gigs, talks of all sorts are happening in the town. The Global Village of Alternatives is in the main square and surrounds showcasing “concrete alternative solutions, both local and international, for climate and social justice”, and most importantly, people from some of the most inspiring movements and organisations that are winning the fight for climate justice are holding political talks, panel debates and discussions and workshops, including civil disobedience workshops to prepare people for the actions in the streets of Paris next Saturday when the negotiations inevitably fail. This is the real stuff. 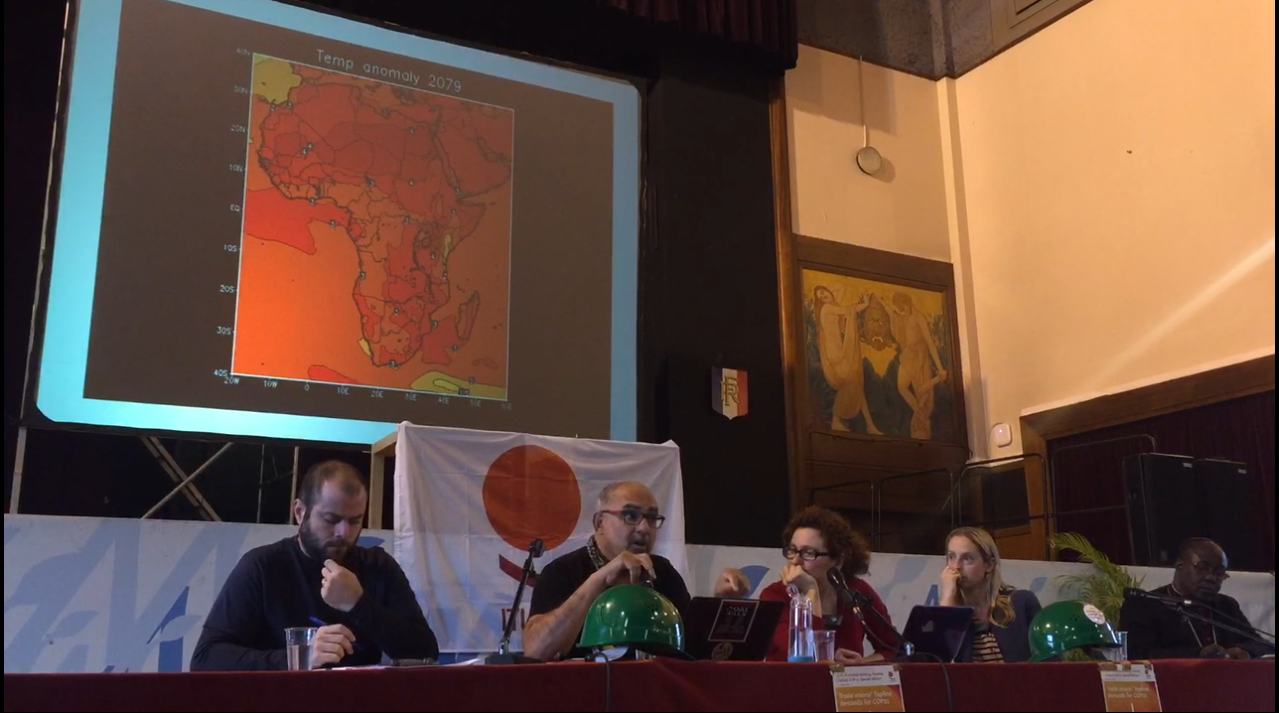 Political movements from all around the world are present. La Via Campesina, a movement of 200 million small-scale farmers fighting to defend their existing low carbon livelihoods from corporate, capitalist, globalised agribusiness are running workshops on organising migrant workers and migrant communities for climate justice.

The International Trade Union Confederation are running panel discussions and talks about how workers can find their place in the transition to a low carbon world and how to actually make this happen politically, on the ground. Explicit is the need to reverse the power relations that are leading to paralysis and failure inside the climate negotiations.

These are the spaces in which the real political progress begins. This is not people getting together to ask people in suits to save their world, rather this is where the seeds of grassroots movement growth are sown. These are the crucial discussions about engagement and organising those on the front lines of the problem, marginalised people who may be invisible to the UN climate negotiations process and disposable to capitalism but who are powerful in their communities and can shift power in the real world where climate impacts are felt. 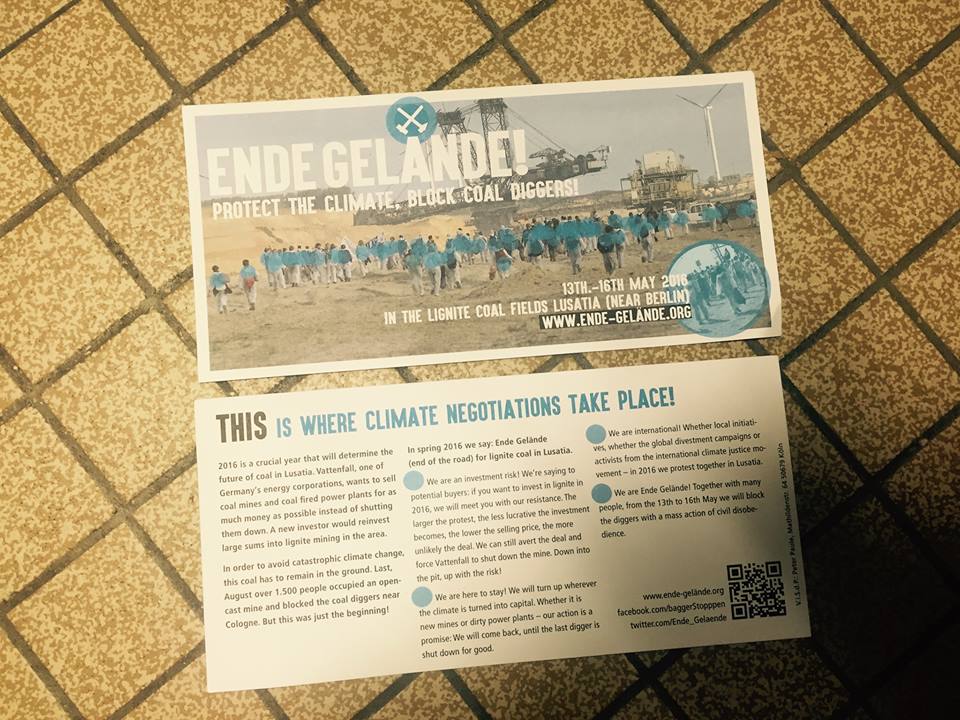 Several sessions on Waste Picker’s movements in the global South are ongoing.  Sessions on organic food in disadvantaged neighbourhoods, climate change and militarization, victories against coal, oil and gas extraction projects, people fighting against nuclear power at a local level, resisting free trade agreements and lots of sessions on many aspects of gender justice and climate justice.

The main difference between what’s going on here and what’s happening (or not) in the climate negotiations themselves is all about power.

Inside the negotiations centre people are begging for change from politicians and bureaucrats who don’t really have the power to force the companies causing climate change to change their behaviour. Outside, however, people’s movements are organising in spaces where they do have power. In their own communities, where they have the advantage of being nimble and effective because they are fighting on their own terms in their own familiar territories. This is why the discussions at the people’s climate summit matter.

No matter that our “leaders” haven’t saved the world yet. Most of the people here in Paris on the periphery of these negotiations seem to understand that real progress can only come from people fighting these companies in the real world where society has power and influence.

With the draft agreement guaranteeing runaway climate change without so much of a mention of the need to keep fossil fuels in the ground, it is clear where hope lies; within the movements that are winning the climate fight today, blocking new oil, coal and gas project, living, building and defending the political, economic and social structures necessary for weathering the climate crisis.