Beating the heat at Macas

Beating the heat at Macas

Today we beat the heat at McDonald's. I thought I might share the story, in case anyone else out there is sweating and sweltering and wants to hear about a wee victory that I think shows what a bit of union action can achieve. 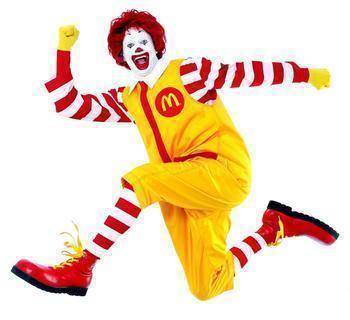 It was the hottest December day in Dunedin on record, and by the time I arrived at work in the afternoon it was 40 degrees in the kitchen. The air conditioning broke, and even at the best of times, it's ancient, decrepit and verging on entirely useless. The heat was unbearable. A female staff member fainted and my glasses were slipping off my face with sweat.

The solution the managers had come up with was to periodically send people on 'freezer breaks', where as the name implies you got to chill out for five minutes or so in the freezer where we keep the burger patties etc. It was actually a non-union co-worker who came to me first asking how hot it needs to be before we can walk off the floor. I told him I didn't know off the top of my head, but I'd check. I got someone else to cover my spot, went and hid in the shadows out by the skip and called up Unite to ask a few questions. Our organiser took time out of his well-earned holiday to help out, and after a subsequent chat with union HQ it was clear we would be well within our rights to walk out of the store.

I ditched productive labour for the time being and instead went around trying to rustle up support for a health and safety walk out. There would have been maybe a dozen crew on and half a dozen managers (who at Maccas are essentially just what most other places would call supervisors, they're not massively separate from the grassroots workforce). Only three people were 100% keen to do it, and another five were saying variations of "I'll do it if X does it too" or "I'll do it if Y number of people also walk out". Either way, none of this was my idea, and one co worker had waved her hands at me and said "you're supposed to be the ohmygodunion guy, make something happen".

I continued to wander around the store interrupting the flow of things and arguing loudly about it with managers who wanted everyone to go back to work. It would have been interesting to see who did come out in the end, because naturally after the fact everyone was saying "oh yeah I'd totally have walked out with you, I just didn't want to be first" etc etc. Ultimately, however, it wasn't necessary, because the owner of all three McDonald's in Dunedin came racing over as soon as he was called about the blossoming situation.

He sat me down for a half hour or so, we talked about the situation, how unacceptable it was, how the proper replacement air conditioning system was on the way etc - and all that is probably true, he's not a bad guy and is a professional boss, but either way sufficient plans hadn't been put in place to deal with this intense heat wave despite it being in the news for days. I said that whether the air con in general gets fixed a week from now or a month from now is irrelevant, we need to get a bunch of portable fans in the store right now to make the shift bearable. After a bit of further chat he got out some money and sent a manager over to the Warehouse.

She came back with four fans, two big and two small, which we installed in the drive through cubicle (aka the greenhouse), by the fries vats (i.e. the centre of the Sun), and out back in the kitchen and by the chicken vats. The boss was also kind enough to take me up on the roof and let me see with my own eyes the harried maintenance guy trying to improve the air con vents.

Long story short, we didn't actually strike or walk out, but even the rumblings of discontent were enough to get immediate results that made things tangibly better. Plus, a few more young people have seen how doing things union style can make change happen.

I guess what I've learned from it all is that the people who spark things off aren't always the ones you'd expect and that you don't need to have every single worker on side, to nonetheless achieve things that benefit everyone in the store.

Today was a good day