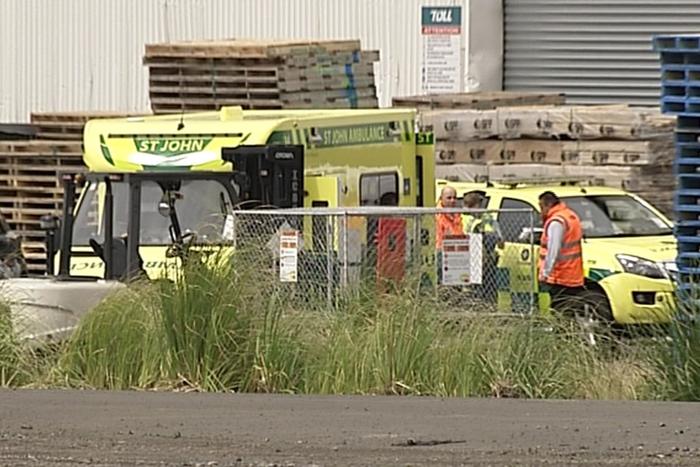 A police spokeswoman said a man had become trapped under pallets and died at the scene (Newshub.)

A person has died after a stack of pallets fell on them at a workplace in the Auckland suburb of Penrose.

The incident happened at Toll Logistics on Neilson Street around 11:30am.

The fire service had managed to free the person and they were treated by paramedics; however, they died shortly after.

"We released the person from under the pallets. They were originally status one [critical], unfortunately the call has gone fatal."

A spokesperson for WorkSafe New Zealand says it has been contacted by police and is making initial inquiries into the circumstances surrounding the death.

Toll says it is deeply saddened about the incident, and the area has been closed off pending further investigation.

"Toll extends its sympathies to the family and friends of the deceased. Our priority now is to offer support to the family of our employee and to our people at the site."

It is assisting local authorities with their investigations.

Toll is a multi-national rail and road freight company.