The giant transnational corporations who dominate the fast food industry rely on the labour of millions of workers. Although many of these workers are young, often students seeking part-time work, a large and growing number of older workers now depend on fast food jobs to sustain their families.

Now, fast food workers are standing up for their rights, challenging the poor wages, precarious jobs, absence of benefits and social security and systematic denial of trade union rights which form the industry pattern. 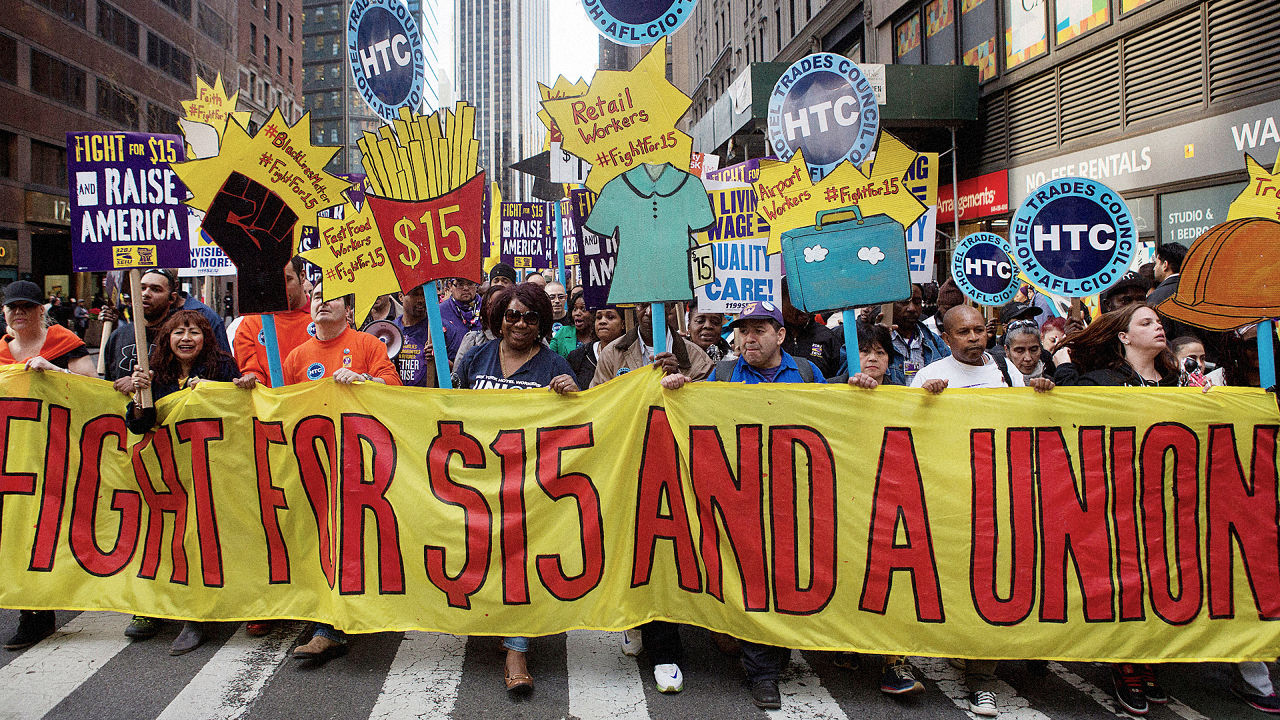 Fast food workers around the world are fighting for union recognition, better wages and decent working conditions. Workers and unions worldwide will be standing together in solidarity on April 14 to protest “zero-hour contracts” in the UK which fail to provide minimum hours of work; against unpaid hours and unsafe working conditions at McDonald’s Korea; to stop unpaid and so-called “charity” work in Indonesia and the Philippines; to Fight For 15 (USD 15 an hour) and union rights in the US and to demand an end to unfair labour practices in Brazil, to name only some of the many ongoing fast food worker fights for justice.

IUF affiliates in over 30 countries in 5 continents will be mobilizing on April 14 – the IUF International Fast Food Worker’s Day – to raise the profile of fast food workers and their struggles and to highlight the urgent need for change.

On April 14, actions and photos will be posted on social media using the hashtag #FastFoodGlobal

The International Union of Food, Agricultural, Hotel, Restaurant, Catering, Tobacco and Allied Workers’ Associations (IUF) is an international trade union federation composed of 416 trade unions in 126 countries with an affiliated membership of over 2.5 million members. It is based in Geneva, Switzerland.