Labour inspectors have found that every one of the 20 employers they have looked at so far were found to have breached the 2003 Holidays Act.

One payroll provider, Matt Gardner of Smoothpay Payroll, believed most of New Zealand’s 2 million workers have probably been underpaid because of faulty payroll systems.

He said every employer transferring to his system over the last 20 years had been doing it incorrectly. “The majority of the payroll systems used in New Zealand still fail to comply with the Holidays Act”. 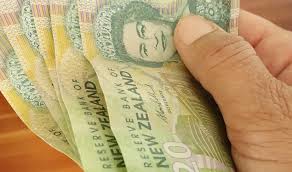 Matt Gardiner, said he brought the issue up again and again at various

There are two main areas where “mistakes” are made.

2) The hourly rate paid for annual leave should include any extras for working overtime, extra pay for working statutory holidays and non-discretionary bonuses. This means your rate of pay for leave would normally be higher than your base rate. This applies even to salaried workers who work statutory days.

The most common way Unite Union has found for “mistakes” to occur is when companies calculate annual leave in hours.

It is simply not possible to do a “higher of” calculation in these circumstances.

A worker, for example, who works half the year at 20 hours a week, then works half a year at 40 hours a week, will accumulate 120 hours of leave. If the took all their hours as leave over four weeks they would be paid out at 30 hours a week rather than the 40 they should be. This would equal their “average weekly hours” for the year but not their current, higher, “ordinary weekly pay” of 40 hours a week.

The 2003 Holidays Act clarified that if a worker worked variable hours from week to week – like we have in the fast food industry – they should do a calculation of the higher of the average or the most recent four weeks before taking leave.

Despite numerous enquiries since we started investigating this issue over a year ago, we have not seen any evidence that this has been done.

The NZ Payroll Practitioners Association Chief Executive David Jenkins, agreed that non-compliant systems were “definitely a time bomb” while trying top downplay how many would be affected. However, he confirmed that “if you have variable hours, you have a good chance that it [holiday pay] might not be paid correctly.”.

That means virtually every worker we cover as a union at Unite. It includes most workers in hospitality, security, fast food, the Casino. The number will certainly be in the hundreds of thousands, and possibly millions given the turnover of staff in many of these industries over the last six which is as long as we can go in a back pay claim.

Workers we represented at one security company got up to $1800 each in pack pay.

But companies and organisations with mostly permanent full-time staff like Fonterra, are admitting to have got aspects of their annual pay calculation wrong.

MBIE, the government agency responsible for enforcing the Holidays Act, found it was at fault.

There are only around 50 Labour Inspectors in the country, with 5 working on this problem. It is pitifully inadequate.

The government needs to accept responsibility to fix the problem for every worker in the country by compelling all employers and payroll providers to pay in full to every worker they have records for going back as many years as they can. Why should theft of holiday pay have a time limit?