Unionists and other progressive minded people need to put a stake in the ground in opposition to the latest immigration proposals from the government.

Tens of thousands of workers in this country have been brought here under false pretences. Many have been conned into paying tens of thousands of dollars towards courses that they hoped would open the door to jobs and the chance for permanent residence.
The promises have proved to be nothing more than a fraud perpetrated by the government. 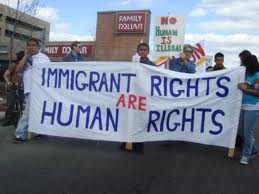 These students and workers had the rules changed on them after they arrived. Many have studied and worked here for up to a decade.

The government has now increased the points required to get permanent residence under the skilled worker category and imposed a minimum income requirement of $50,000 that many will not be able to meet. Those who don't meet the new requirements will have a maximum of three years before they are kicked out. 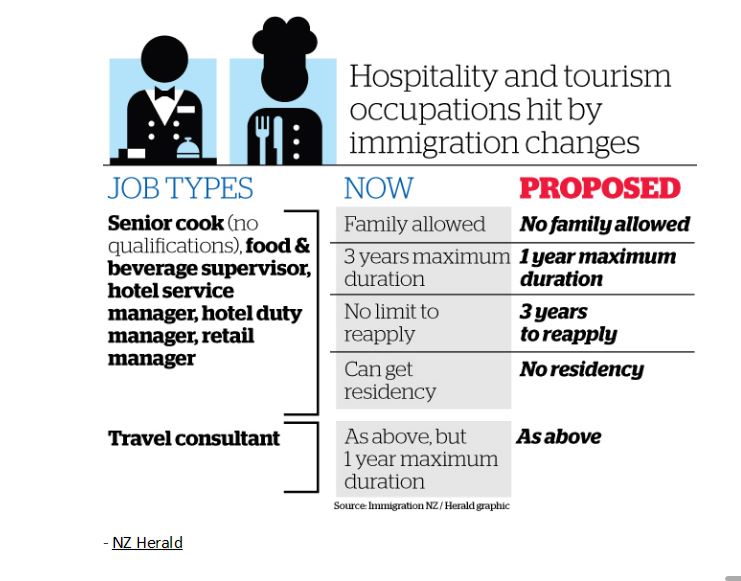 At the same time, the government is proposing to continue bringing temporary work visa holders for lower skilled and lower paid occupations but for a maximum of three years and no right to bring family members.

This will most likely lead to either a massive drop in numbers coming or those who do being so desperate they will be wide open to abuse and exploitation.

In their plan, the government has made a proposal for what they have called an "amnesty" for a group of workers in the South Island as a one-off pathway to residency for around 4,000 temporary migrant workers and their families.

In the words of Immigration Minister Michael Woodhouse:

“Many of these migrants are already well settled in New Zealand and make a valuable contribution to their communities.

“It will also enable employers to retain an experienced workforce that has helped meet genuine regional labour market needs.

“My National colleagues in the South Island have advocated strongly on behalf their constituents throughout the development of this policy, so I’m pleased the Government has been able to deliver on our commitment to enable this cohort of migrant workers to remain in their communities.”

Many of these workers will be working on Dairy farms run by National Party stalwarts who have lobbied their MP's to keep these workers.

The "Amnesty" being allowed these workers from the requirement to meet the new points or income thresholds for permanent residence should be extended to the whole country. The restrictions in the current amnesty proposal to bind workers to particular employers should also be removed. This is a form of bonded labour that needs to be got rid of as part of any genuine immigration reform.

Parties that want to reduce the number of permanent and long-term net arrivals to New Zealand from the current 70,000 plus number can also support this humanitarian policy towards those already here.

There are currently around 250,000 temporary work visas issued each year.

It makes no sense to throw out people who want to stay and have invested a significant part of their lives to creating homes in this country while continuing to bring in people on temporary visas only to throw them out again after three years.

The new policies are inhuman.

Extend the Amnesty to all workers on temporary visas who want to make New Zealand their home.